Adi Hills Arunachal Pradesh Is Home To A New Frog 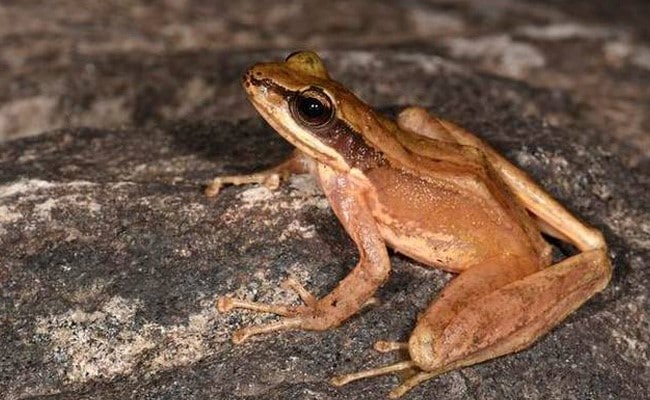 A team of biologists from Delhi University, Wildlife Institute of India and North Carolina Museum of Natural Sciences (USA) has discovered a new species of frog from the Adi hills Arunachal Pradesh, according to media reports.

The species draws its nomenclature from Adi tribes, an indigenous group of people from the Himalayan region of Arunachal Pradesh. They also referred to the region from where the discovery was made as Adi hills — adi literally means “hill” or “mountain top”. Historically, this region was also known as Abor hills.

The new species of Cascade frog discovered from Arunachal Pradesh, named after the Adi tribe, is a predominantly brown-coloured frog, with a size ranging roughly between 4 cm to 7 cm.

The genus Amolops is one of the largest groups of ranid frogs (family Ranidae), with currently 73 known species that are widely distributed across the northeast and north of India, Nepal, Bhutan, China, through Indochina to the Malaya peninsula.

The new species, formally described as Amolops adicolasp.nov., is morphologically distinguished from its congeners by a suite of characters that include adult size, body colouration and markings, skin texture, snout shape, foot webbing and digit tip morphology, the publication reads.

Dr Abhijit Das, from the Wildlife Institute of India, Dehradun, said the new species was discovered while revisiting the century-old Adi expedition in 2018 and was named after the land of the Adi tribe in Arunachal Pradesh where the species dwells particularly during the post-monsoon season.

“This study is once again testament to how little is known about the most threatened animal groups, frogs, in northeastern India. They reported many frogs in this region to occur widely but, in fact, have relatively small geographical ranges and require special attention for conservation before they go extinct forever. Northeast India is a treasure house of species still unknown to science,” said Delhi University Professor S.D. Biju.