After Amphan, its Nisarga- but when will we learn about nature conservation. 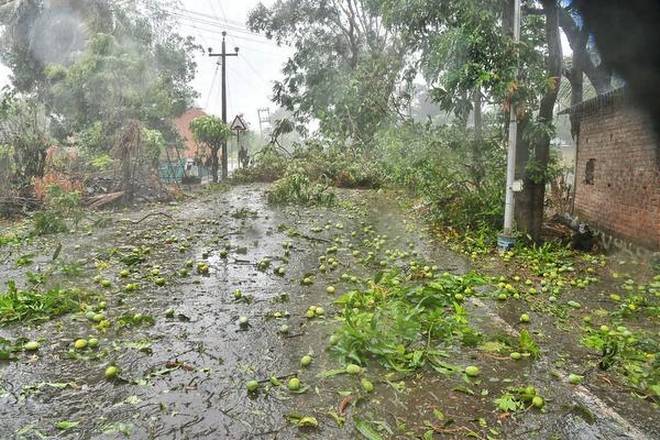 Maharashtra, one of the worst-hit states by coronavirus pandemic, yet again faced the brunt of nature in the form of Nisarga cyclone on June 3. From producing damage to lives, properties and farm-land, once again nature took its toll on mankind.

Recently, the Amphan has caused havoc in West Bengal causing destruction and damages amid the pandemic. However, Nisarga had severely hit the coastal parts of Maharashtra in the form of fierce winds, tidal waves and heavy rains.

The severe cyclonic storm Nisarga made landfall over coastal Maharashtra in the Raigad district, 75 km south-east of Mumbai in the afternoon on June 3. It was stated in the press release of Ministry of Earth sciences. The release further states that the tidal waves measuring up to 6 to 8 feet lashed parts of coastal areas in Ratnagiri and Raigad district. Alibaug that faced the fierce effect of the cyclone had witnessed windspeeds of 120-130 km per hour.

Mumbai spared, the wrath of nature caused havoc on human lives and farm-lands

Mumbai, the capital city of the state witnessed moderate rainfall and was spared from any extensive damage. However, the city witnessed several trees collapse incidents that have damaged the vehicles in the parking area. While places such as Ratnagiri Raigad and Pune saw the blowing away of the tin ceiling, uprooting of trees and electricity poles.

With few fatalities caused in the state, cyclone Nisarga inflicted heavy damages to the farm-land in Pune district. As per the preliminary report, more than 28,000 farmers were affected due to the Nisarga cyclone and around 7,874 hectares of areas was affected including poly-house growers. This also includes farm-land of cereals, vegetable and fruits were destroyed due to the heavy gush of the wind and rain.

Once again this calamity and the damages caused due to this cyclone have forced us to think where this urbanisation and lack of sustainability is leading us to.
The rapid urbanisation and lack of sustainable development have created havoc on natural resources. Reported in various media portals, over the years, destruction has been caused to the mangroves and wetlands in the name of urbanisation. Unplanned development and dumping of garbage caused damage to mangroves that act as a natural barrier of floods and cyclone.

A mangrove is a shrub or small tree that grows in coastal saline or brackish water and acts as flood buffers. It also helps in stabilising the climate by moderating the temperature, humidity, wind and waves. It is a natural barrier that preserves coastal communities from storm surge, flooding and hurricanes. Though nature has bestowed us with various natural guards which are getting destroyed in the name of development and heading us to the calamities.

To a greater degree, trees falling were more rampant in the urban areas are also the results of non-sustainable development and increasing concretisation. These trees grow in urban areas get very less space and are often concretised in the name of beautification. This lack of space and concretisation hardly allows the trees to absorb the essential mineral and breathe making their roots week. This week root results in falling of trees and causing damage.

The result of rampant urbanisation and non-sustainable approach in development can be seen whenever we are hit by a natural disaster. However, the situation now is alarming as the frequencies of disasters have increased. It is time that we require to act or else the damage will become irrecoverable. It is of significant importance to plan for sustainable development while conserving the natural barriers such as mangroves and wetland to ensure the coastal communities do not suffer such a disaster.

Yes, You Can Help The Environment By Renting Out Clothes