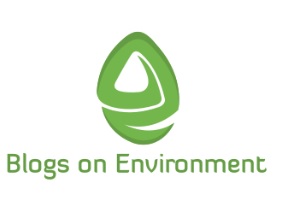 The Bhopal Gas Tragedy, an incident that runs a chill down the spine of India even after 36 years of its happening, was one that shook the country’s muscle and bones. The consequences of the tragedy have left a mark in not only the lives of the victims but also the way India has thereafter looked after its environmental issues. Before jumping onto the details of how the Bhopal Gas Tragedy impacted India, let’s briefly go back to what so evil had happened on the night of 2nd December, 1984.

3rd December 1984 saw the Madhya Pradesh capital Bhopal waking up to the most disastrous industrial catastrophe in the history of mankind. The city was clouded by tons and tons of the poisonous Methyl Isocyanate (MIC) gas that leaked from the pesticide factory named Union Carbide, killing nearly 30,000 people within a few hours of the leakage, to eventually taking the lives of more than 5 lac people, as per official records. The horror of the night shall stand a description beyond words can explain and we, today, can even get close to imagining. Young, old, infants were subjected to skill rashes, itching, burning sensations, breathlessness, blindness, and whatnot, which finally gave them death so painless that nobody deserves. The aftermath continues to ruin lives and families even after 36 years of the mishap as the chemical toxins pass from one generation to another resulting in the birth of children with genetic disorders, physical and mental impairing. Survivors of the catastrophe claim to be the greater victims of a life that is worse than death. The tragedy still haunts the streets and houses of Bhopal and the people are still trapped in the blanket of a poison that they may have inhaled on one night, but the consequence of which has left the rest of their life shattered…

The Bhopal tragedy caused havoc in the country, and so rightfully so. Protests to close down the factory, punishing its owner Mr. Anderson, to other government actions to right the situation and compensate for the human and environmental losses were the immediate occurring. After all, the whole world was suffering from the trauma of the MIC leakage. The Environmental Act of 1986 was one of the outcomes of the Bhopal Gas Tragedy.

In the wake of the MIC leakage catastrophe in Bhopal, the Government enacted the Environment Protection Act in 1986. This was definitely a start to a new era, a new India. The Environment Protection Act of 1986 under Article 253 of the Constitution was passed to implement the decisions of the United Nations Conference on the Human Environment. In simple words, the Act is dedicated to protect and improve the human environment and to prevent the hazards of all living creatures, humans, plants and all living creatures alike.

The law includes rules pertaining to the handling, storing and usage of hazardous waste. The Act consolidated the provisions of the Water Act of 1974 and the Air Act of 1981. It also formed the basis of the Pollution Control Board that was established to control and reduce the levels of environmental pollution. The concern relating to the regular monitoring and checking the environmental pollution standard of the country was taken to an all-new height after the Bhopal Tragedy. The Government and the citizens were together in this as environmental education became a mandatory subject in schools in the next few years and more and more awareness was raised over the years. With constant preaching over the years, India is now somewhere in a place where its citizens act towards the environmental norms with responsibility. Water wastage, carbon emission and other harmful emissions from automobiles and industries are kept under regular monitoring and the Act has succeeded in curbing environmental pollution to a considerable degree.

Whereas the Bhopal Gas Tragedy still breathes as one of the darkest calamities the world has ever suffered from, the win lies in working towards bettering the condition through our actions. Together, let us give the Environment protection Era of India the justice it deserves.