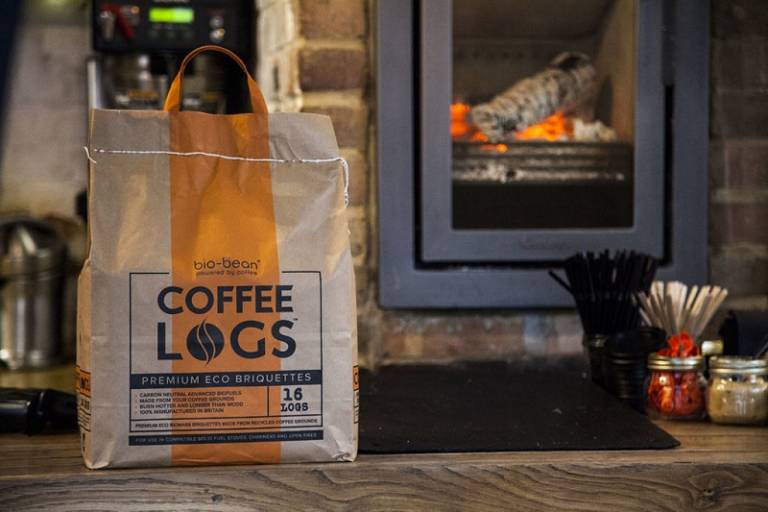 A steaming cup of coffee is what millions of people reach for first thing in the morning, reasons being, the aroma of those freshly brewed beans or nice caffeine shot to kick start the day, making them one of the most popular beverages around the world.

But what most coffee lovers don’t give much thought to is what this ‘coffee waste’, that is left behind, does to the surrounding, and just where it goes?

As sustainability researcher Gunter Pauli said through one of his studies, the production of coffee globally contributes to more than 23 million waste per year. Taking up the pulp of those fresh coffee cherries to the final roasted beans packaged and brought to your favourite barista, it’s quite a waste-generating process. But UK startup Bio-Bean claims to have turned that coffee waste into a useful resource.

According to a 2011 study, people around the world drink about 2 billion coffee cups every single day, adding up to 6 million tons of used coffee grounds every single year. And going to landfills to get decomposed, these grounds release greenhouse gasses, contributing to global warming and eventually harming our planet.

Bio-Bean turns 7000 tons of ground into biofuels every single year. The company, in 2017, experimented with developing a coffee-based biofuel that could be used on diesel buses across the city of London, but since it’s not commercially viable, the company has shifted its focus to solid fuels for industrial and household use.

The company has been successful in raising more than $7 million in funding since 2013, its founding year, and has recycled grounds from big names like UK railway operator Network Rail, Costa Coffee, and London Stansted Airport.

“We’ve succeeded with our innovation [because] we’ve got to scale. Other people may recycle one or 10 tons of coffee. We’ve recycled over 20,000 tons in our lifetime.”, says Chief Commercial Officer and director of Bio-Bean George May.

It all starts with decontaminating coffee grounds at the company’s plant in Cambridgeshire. Contaminants like paper cups and plastic bags are removed, and the grounds are passed through a dryer for further processing of screenings. Eventually, they are turned into products like home fire logs and biomass pellets.

The pellets got can dry cereal crops, heat commercials, and even power industrial boilers. Coffee logs come in handy on log-burning stoves.

“Coffee is highly calorific and lends itself to being a fantastic fuel. They burn about 20% hotter and 20% longer than wood logs do”, said May. One bag of Bio-Bean coffee logs can cost about and around £7 ($8.70), which is quite similar to other fire logs available across the UK, she added.