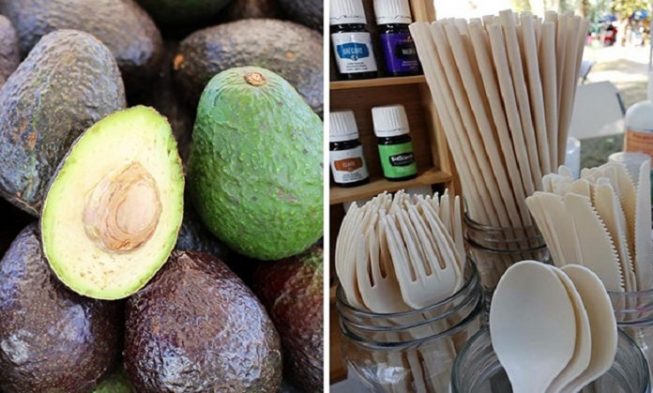 About half of the world’s avocados are exported by Mexico. A single worker at an avocado plantation can harvest around 400 kilograms of avocados per day. Most of them are exported worldwide, but some are pitted and processed locally. Factories using avocados to make ready-to-eat items have a hard time composting the avo scraps, because of oils in their pits, which makes the process complicated.

Avocado toasts are one of my favourite breakfast options for Americans out there. Americans consumed more than 6 billion avocados last year, leaving behind a lot of inedible waste.

Spotting the problem, Biofase has finally developed a process to turn all those mounds of inedible pits into plastic. Bioplastics made in such ways can help reduce pollution as they use lesser fossil fuels and even break down faster than the traditional ones.

Biofase buys seeds from such avocado processing plants and turns them into bio-plastics, which are plastics made from biological substances instead of petroleum.

Benefits to society and the environment

The company’s goods are divided into two categories: the first is Biocom Hybrid, which is a resin that contains up to 60% vegetable matter and considerably minimises the carbon footprint in terms of environmental impact. The second product is Biocom Compostable, which is a 100 per cent biodegradable resin that, because of its compostability, allows it to reintegrate into the environment as nutrients when disposed of, resulting in a product life cycle.

It starts with cleaning the avocado seeds at the supplying factory. “Our next step is to go into our patented process whereby we generate the bioplastic with which we make all our products”, says Scott Munguia, CEO and founder of Biofase.

Going through the machine, they turn the seeds into bioplastic resins that can withstand a good amount of heat. At the other end, they get a malleable sheet that can be cut and moulded however they want. Then the sheets go through a process called thermoforming, which gives them shapes of the products like food containers, glasses, plates and so on.

Studies are clear that bio-plastics are way better than traditional plastics, one reason being they decompose much faster than traditional ones. The technology to make these products has grown in the last few years, making it a 20 billion dollar industry.

Biofase started its operations eight years ago with a single facility, and today has about three locations across Mexico. The company produces about 130 tons of bio-plastics every month, and its products are shipped across Mexico, the UK, and some other countries of Europe. The company has also recently opened a unit in Australia.