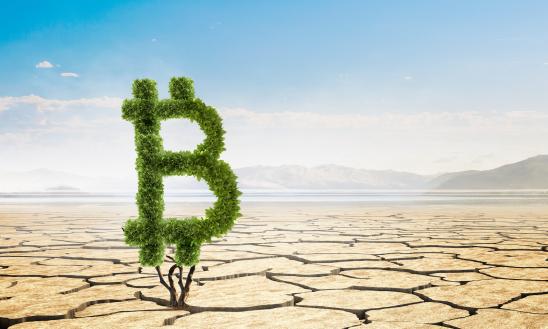 Cryptocurrencies are digital forms of currencies used for purchasing and to secure their complete online transactions, use an online ledger with very strong cryptography. These currencies work within the blockchain, a giant database of information that cannot be tampered with or altered.

The cryptocurrencies in the market include Ripple, Dogecoin, Ethereum, etc., but Bitcoin is the most prevalent one. Introduced in 2009, it was the first among all. People try to imitate, but it remains the largest one with its massive market capitalisation. However, we cannot and should not oversee the impact it has on the environment.

“Energy usage trend over the past few months for cryptocurrency is insane”, says Elon Musk. Bitcoins are mined using high-power computers, computers that solve complex mathematical problems, and the process is an energy-intensive one, most of the time relying on fossil fuels, especially coal. According to a Deutsche Bank analyst, “If bitcoin was a country, it would use about the same amount of energy as Ukraine”.

There is research to claim how hazardous this virtual coin is to our environment. According to one report, 1,544kWh of energy is required for one Bitcoin transaction, power equivalent to the amount required to run a US household for 53 days. The high energy consumption by these virtual currencies produces a large amount of e-waste, thanks to the amount of electronic equipment thrown away into our water bodies and soils, which is one of the major reasons for their toxicity. As the researchers say, the amount of e-waste produced by Bitcoin in a year, which is 24 kilotons, is the same as that produced by the entire Netherlands.

Bitcoin is a process that requires a higher amount of energy as it gets more valuable. The more value it holds, the more complex mining of the puzzle gets, turning companies towards investing in powerful computers. To put things in perspective, bigger carbon footprint with every single passing year.

Although some people say that Bitcoin’s switch towards renewable energy resources can lessen its carbon emission, it’s still criticised for its negative environmental impact.

According to a researcher from Columbia Business School, “There’s a new generation of crypto coming on board. They are going to move away from proof of work (PoW) for several reasons, one of which is the environmental impact, because most of these are being created by young programmers. They’re certainly more environmentally conscious, and hopefully, they understand the impact of the work beyond whatever they’re building and will consider the complexity of today’s world”.

Cryptocurrencies need to take a more sustainable path if they want to sustain or expand in the current market. Or those greener and cleaner ones can be an eclipse for this trending currency.