Cheetah: All Set To Call India Its Home 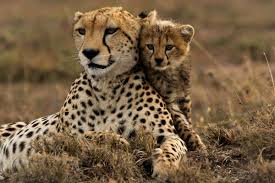 The cheetah would have been reintroduced into the country in Madhya Pradesh on November 2021, but the plan was thwarted because of the pandemic.

The cheetah is ready to make a comeback in India after going extinct in 1952. The national government announced an action plan on Wednesday that will see 50 of these huge cats introduced in the next five years.

“The Cheetah, which has become extinct in independent India, is all set to return,” said Union Environment Minister Bhupender Yadav at the 19th meeting of the National Tiger Conservation Authority (NTCA).

According to an NTCA spokesperson, the intention to reintroduce cheetahs had been put on hold owing to COVID-19.

During the first year, a cohort of roughly 10-12 young cheetahs suitable for reintroduction will be transported from Namibia or South Africa as a founding stock, according to the action plan.

“An existing coalition of wild males will be chosen, and the selected females will be as familiar with each other as workable.”

The almost 300-page action plan said that “the animals’ genealogy and conditions shall be examined in the host country to ensure that they are not from an extremely inbred stock and are in the optimal age group, to adhere to the needs of a founding population.”

Because of its ideal habitat and adequate prey base, Kuno Palpur National Park (KNP) in Madhya Pradesh was placed high on the priority list for introducing a cheetah among the ten surveyed sites in five central Indian states. According to the proposal, the central government, in collaboration with the ministry of environment and the Cheetah Task Force, will establish a formal structure through the Ministry of External Affairs to interact with the governments of Namibia and/or South Africa.

The cheetah, the world’s fastest land mammal, would have been reintroduced into the country in Madhya Pradesh in November 2021, but the epidemic thwarted the plan, according to an official.

Mr Yadav added in his speech that the Prime Minister is concerned about the protection and conservation of seven key large cats, including the cheetah.

On Wednesday, the union minister also unveiled a Water Atlas, which depicts all of India’s tiger-bearing territories’ water bodies.

Mr Yadav further stated that the tiger is still a threatened species. He stated that in order to effectively manage tigers; we need a realistic estimate of their populations at the Tiger Reserve and Landscape levels. “The 5th cycle of the All India Tiger Estimation, which is presently underway,” the minister stated, “would help make accurate policy decisions.”

The minister stated that the tiger reserves are important not just for tigers, but also for water security, as over 35 rivers come from these territories.

According to the minister, ongoing attempts are being undertaken to involve local populations in protecting tiger reserves and eco-tourism in the area.

According to the minister, it has accredited fourteen tiger reserves under CA|TS, and the NTCA is seeking to get further reserves examined for CA|TS accreditation.

He stated it will form six committees to visit the reserves and assist in the formulation of better policy.
To poach, the minister stated that the air gun problem in northeastern states is a problem, and that the ministry has recommended states and union territories to undertake awareness campaigns so that people can surrender their air weapons.