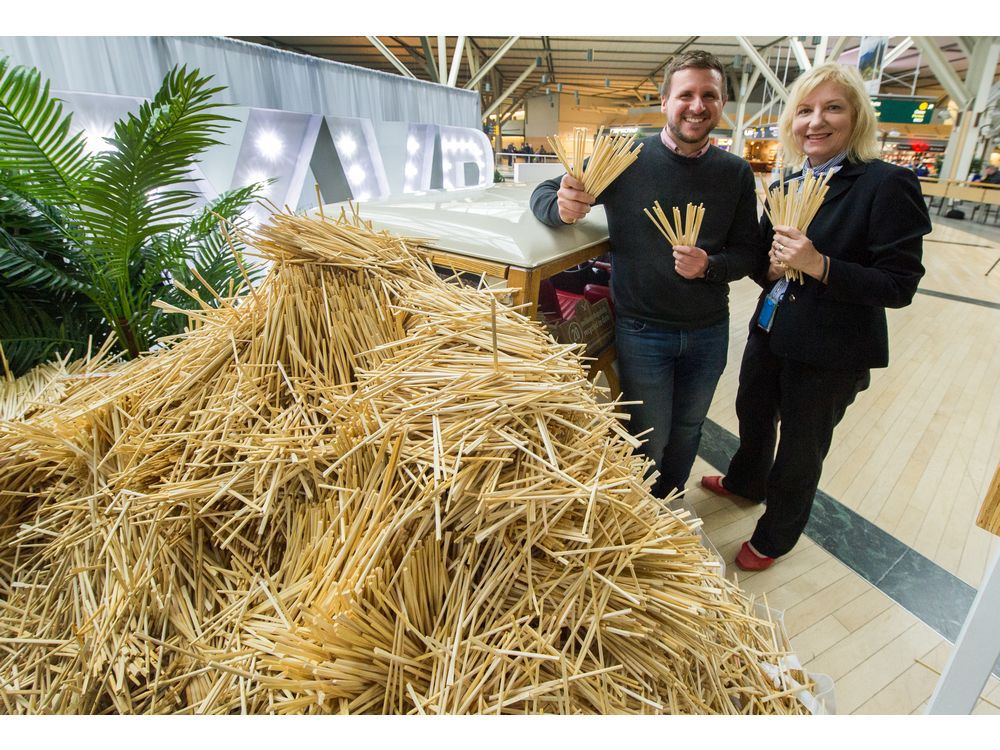 Eating noodles with a pair of chopsticks at an authentic Chinese restaurant, the scenario is an entire mood, isn’t it? Now after we’re done eating, used dishes go to the dishwasher, cleaned, and used for serving again. But what about the used chopsticks? Is there something to recycle and reuse them too, or they’re just thrown away after being used every time?

People consume around 80 billion pairs of chopsticks every single year, and most of them end up in the pits and landfills after being used just once. Trying to cure the problem to some extent, a Vancouver-based business is upcycling those thrown chopsticks into cutting boards, shelves, and furniture. ChopValue, a Canadian Company, is giving those disposable wood utensils a second life as useful household items.

Drivers of ChopValue pick up used chopsticks from over 300 restaurants in Vancouver. “Typically about 100 kilograms a day, up to 150. Pre-Covid, it was closer to like 300 kilograms a day”, told Jason Gong, one of the collection drivers at ChopValue.

Real labour begins at ChopValue headquarters. The founder of the company, Felix Bock, calls it a micro-factory. First, the chopsticks are sorted on a custom-built shaker table, as the neat stacks are easier to work with. Then, the sticks are dipped into a water-based resin, to provide a protective coating before they go roasting in a massive 200-degree oven, for five hours, which kills all the germs.

Next, it spread evenly and weighed them precisely for the next step, a hydraulic machine, which is also developed by Bock’s team. It compresses the sticks under hundreds of pounds of pressure. “The heart of the process densifies like a cake, a mat of chopsticks, into a new, uniform, engineered material. Which is the base modular tile use for all of our end products”, says Felix Bock, CEO and founder, ChopValue.

These tiles can be sanded and assembled into furniture. They can also be cut into smaller products like domino pieces or coasters. The company also takes custom orders like large countertops and boardroom tables.

ChopValue started in 2006 and has since upcycled about 33 million used chopsticks. Back then, they only used to make coasters, but now have spread to three cities in North America, with more expected later this year. Though coasters are still the most in-demand items, the collection has grown into over 30 different products.

As Felix says, “you put a few tiles and a few hexagon shelves on your wall, and you can point your friends to your wall and say, hey guess what? I have 1,800 chopsticks on my wall. And you start a conversation about sustainability or recycling”.