E-Cigarette addiction can cause harm to youth 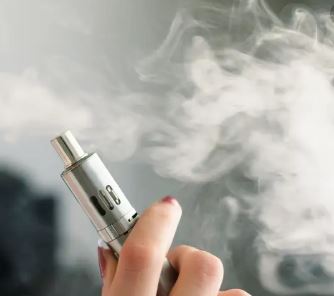 In today’s world, we are surrounded by myriads of sources of intoxication, and young adults are the most vulnerable ones. However, the popularity of E-cigarettes has considerably increased over the last few years. With the popularity, the addiction among young adults has also increased. Therefore, our Central Government has decided to impose a ban (production, manufacture, import, export, transport, sale, distribution, storage and advertisement) on an electronic cigarette. A commendable step initiated by the government to reduce the prevalent usage of tobacco.

There has been significant increase in usage of E-cigarette over the period. This is due to lack of awareness and misconception among the youth. E-cigarettes, also known as electronic cigarettes and vaporizer cigarettes are devices that emit doses of vaporized nicotine that are inhaled. It is a long-shaped tube such as a cigarette, cigar or pipe. Some of them also look like a ball pen. The device is battery operated and can also emit non-nicotine with flavors. The nicotine in e-cigarettes is as addictive as normal cigarettes.

There is a lot of misconception around the e-cigarette due to lack of awareness. Vaping is no safer than smoking; scientists have warned after findings that e-cigarette vapour damages DNA in ways that could indeed trigger cancer. An adolescent exposed to e-cigarettes has a greater adverse impact as their growing brain is exposed to nicotine. It results in mood disorder and permanent lowering of impulse control. Nicotine also alters the way synapses are formed, which can harm the parts of the brain that control attention and learning.

Apart from causing an adverse effect on brain development, e-cigarette also causes damage to the respiratory system. A passive smoker of e-cigarette aerosol also poses a potential health risk. The aerosol from e-cigarettes is not harmless as it contains potentially harmful chemicals that inhaled deep into the lungs can cause serious lungs diseases. However, there has been a division of opinion among health officials about safety. As many say that vaping helps in quitting smoking tobacco. However, there is no proof for the same was vaping helped in quitting tobacco.

The central government recent decision to ban e-cigarette proves that the fatal effects of this form of intoxication. The increasing fashion of e-cigarettes among youth is extremely dangerous for our nation’s health. However, it is not only the responsibility of the administration to take action but each of us. It is the responsibility of parents to have a dialogue with their young kids and guide them about the harmful effects of the usage of an e-cigarette. It is also significant to broaden awareness around the harmful effects of the e-cigarette and guide our youth for a better future.