Earth’s troposphere is rising due to climate change 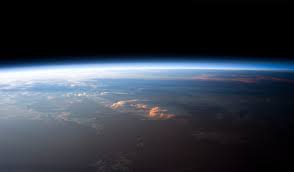 Earth’s atmosphere is rising because of climate change, a new study shows.

Over the last 40 years, the troposphere has been expanding upward at a rate of roughly 164 feet (50 meters) per decade.

The troposphere is the lowest layer of Earth’s atmosphere and is where nearly all weather occurs. It extends from sea level to a height ranging from 4.3 miles (7 kilometers) above the poles to 12.4 miles (20 km) over the tropics. It is the layer of the atmosphere where we live and breathe in. Air in the atmosphere expands when it’s hot and contracts when it’s cold, so the troposphere’s upper boundary, called the tropopause, naturally shrinks and expands with the changing of the seasons.

However, researchers showed that increasing quantities of greenhouse gases trap more heat in the atmosphere; the tropopause is rising higher than ever before.

According to the study, while the tropopause rose roughly 164 feet (50 m) per decade between 1980 and 2000, that increase rose to 174 feet (53.3 m) per decade between 2001 and 2020. Taking into account natural events in their region of studies, such as two volcanic eruptions in the 1980s and the periodic Pacific warming El Niño in the late 1990s, the researchers predicted that human activity nonetheless accounted for 80% of the total increase in atmospheric height.

Not only is the troposphere shrinking but the stratosphere — the layer above the troposphere — is also shrinking. The past release of ozone-depleting gases shrank the stratosphere. Although restrictions against the emission of ozone-depleting gases in more recent years have caused the atmospheric concentrations of these gases to decline, scientists are still not sure how a rising tropopause will influence the climate or weather, although it could force planes to fly higher in the atmosphere to avoid turbulence.