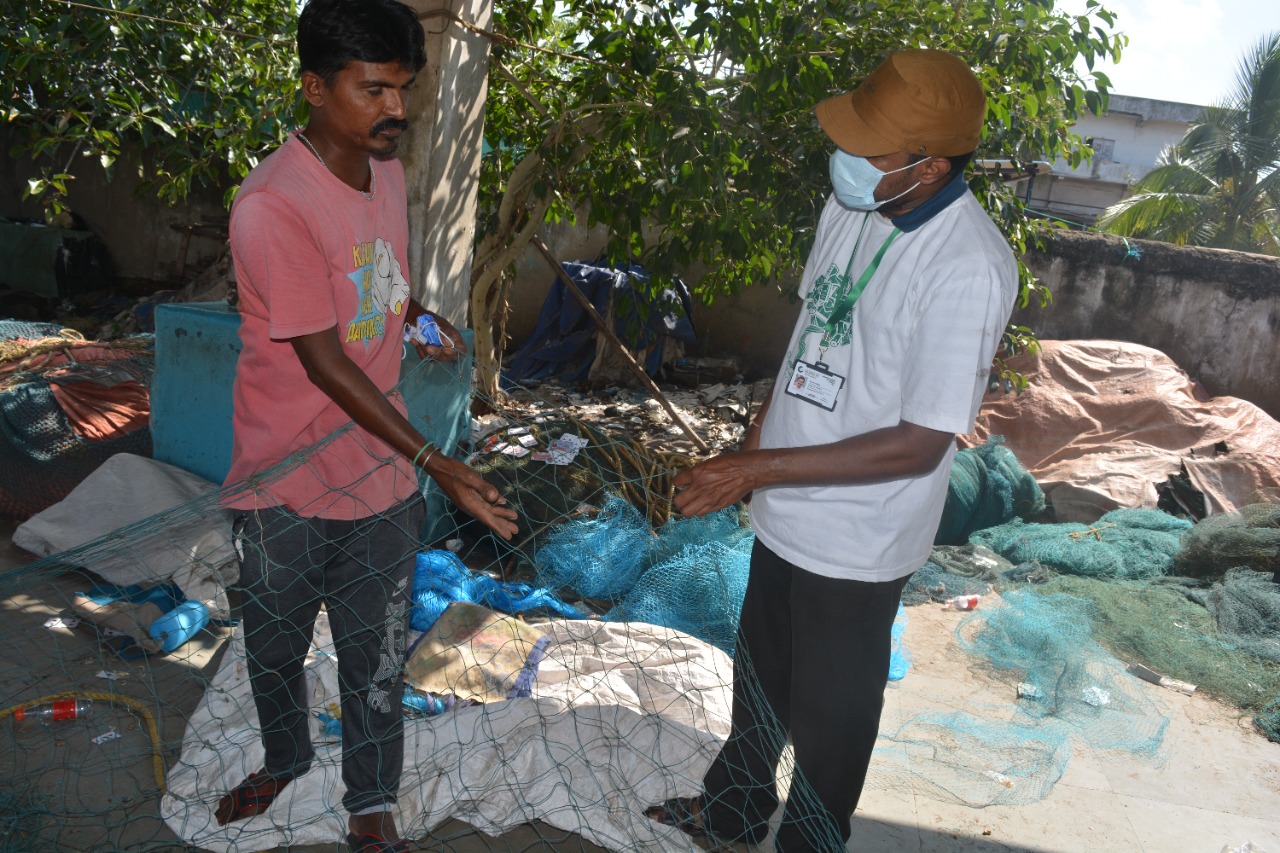 Greenwaves Environmental Solutions is an organisation of Visakhapatnam, Andhra Pradesh, which is currently working on a project known as “Ghost Gear Upcycling”. They joined hands on this project with WWF.
The motto of the organisation is to reduce waste and preserve marine and wildlife.

The Managing Director explained the waste management method, saying that they attempt to upcycle as much rubbish as possible into attractive and useful things. Soap stands, incense stick stands, and silverware are all produced from coconut trash. In producing incense, flower debris is used. Greenpaw, a non-profit organisation dedicated to marine and wildlife conservation, has put these items up for sale on its website.

In the year 2019, the organisation started a project to prevent marine life. Under this project, while cleaning the beaches, they found ghost nets that adversely affect the marine ecosystem. Anil Chowdary, Managing Director, said, “The organisation collaborated with the fishermen to collect the ghost gear or nets. After collecting the Ghost nets, we sent those nets for cleaning, segregating, and untangling purposes. They usually make the Ghost nets up of nylon material, which is another form of plastic”.

Since June, the group has collected around 1.5 tonnes of ghost nets along the Visakhapatnam coast. “Ghost nets trap and kill millions of marine animals and also cause damage by entangling live corals, smothering reefs and introducing parasites and invasive species into reef environments,” says Anil. These nets are causing deadly harm to marine animals and it can last for 600 years if we don’t create any awareness plan to set up the issues.

Visakhapatnam is one of the most important nesting sites for the Olive Ridley Turtles that are frequently spotted dead along the coast because of getting entangled in fishing nets. According to a UN report, estimated in 2009 the abandoned, lost or discarded fishing gear in the oceans makes up around 10% of all marine litter.

“When we handed these items to some volunteers, the response was good and volunteers also suggested that we have much more finishing in these items,” said Anil. Green Paw is looking forward to working with more active volunteers on the ground to create awareness.

“Let us reduce, reuse and recycle the waste informal way to preserve our natural resources and it can help us in wildlife conservation too,” Anil conveyed.