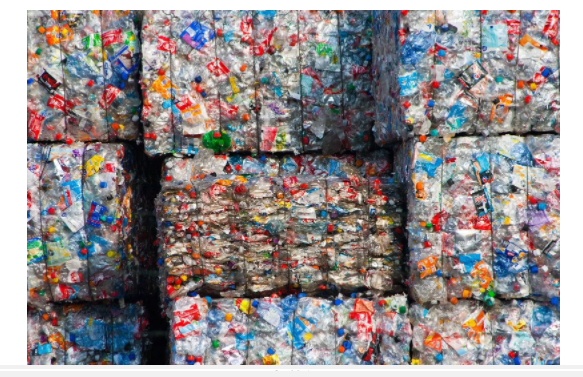 What do you do with a plastic bottle that you no longer use? You throw it in the dustbin but do you know that this plastic bottle that you discard is most likely to end up in landfills resulting in pollution. This disaster can be avoided if only we start recycling this waste. On the occasion of Global Recycling Day that is observed on March 18, let’s explore the importance of recycling and also opportunities to turn waste into cash.

Earth provide us with natural resources in abundance but that day is not far when we run out of these resources. Hence, recycling is extremely important as it not only ensures that the resources are recycled for sustainable development but also that proper waste management helps in combating the problem of population. Hence, recycling is recognised in the UN’s Sustainable Development Goals 2030 and many organisation and countries are taking part in promoting the green agenda.

An important part of circular economy, it is reported that recycling can save over 700 million tonnes in carbon dioxide emission and it is expected to increase to 1 billion tons by 2030. This indicates that recycling can help in saving the future of the planet and creating a greener and sustainable world for our future generation. The more you recycle, you can reverse the carbon footprints. However, not only environmental impact but recycling can help in generate livelihood for many. A lot of startups and social enterprises are also bringing trends of recycling into the mainstream and also earning a livelihood. One of the most important elements that are getting

recycled the most is plastic and it is expected that the plastics recycling market in India is estimated to grow at a rate of 6.5% to attain a market size of US $53.72 billion by the end of 2023. One such trend of recycling plastic in creating eco-bricks became quite popular in the last couple of years. Started by many, these eco-bricks majorly focussed to reuse plastic wrappers and bottles to form bricks that can be utilised in the construction sector. Not only plastic, but even scrap metals also get recycled and used in building statues for tourist attraction. Even the scrap tyres are being used to create footwear by several startups in India. The list is much longer as a lot of enterprises are coming forward to recycle and reuse the waste. This clearly indicates that recycling is not only helping the environment but also started becoming a source of income for many people. So, this recycling day, let’s create the best out of waste and promise to recycle.