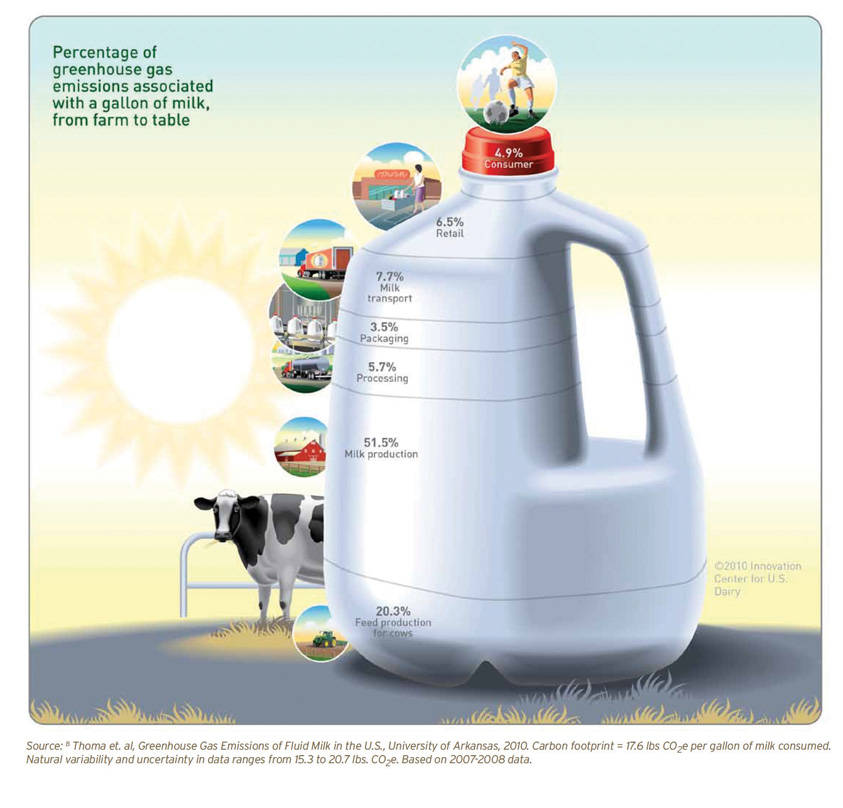 Have you ever thought that the dairy industry is a leading contributor to greenhouse gas emissions?

As milk demand grows, the dairy cattle industry’s greenhouse gas emissions increased by 18% between 2005 and 2015.

Food accounts for one-quarter of global emissions. According to the Food and Agricultural Organization of the United Nations (FAO), the dairy cattle industry’s greenhouse gas emissions increased by 18% between 2005 and 2015 as demand for milk increased.

At various stages of dairy farming, these gases — mostly methane, nitrous oxide, and carbon dioxide – are produced. The most potent of these greenhouse gases, methane, is produced first by the cow when it digests its food. Methane and nitrous oxides are then released as the manure is managed on the farm.
Every one of these gases contributes to global warming. “Carbon dioxide has very mild warming effects, but its impacts are enduring, lasting hundreds of thousands of years,” explains Tara Garnett of the Environmental Change Institute at the University of Oxford, who studies greenhouse gas emissions from food.

Milk alternatives such as oat, soy, almond or coconut, are one area of interest, with sales rising in the UK.

A scientific study suggests the greenhouse gas emissions used in the production of plant-based milk are lower than for dairy milk.

Producing a glass of dairy milk every day for a year requires 650 sq m (7,000 sq ft) of land, the equivalent of two tennis courts and over 10 times as much as the same amount of oat milk, according to this study.

However, both almond and rice milk still require less water to produce than the typical glass of dairy milk.

Oats require about 6 times less water than almonds to make. Different oats require slightly different amounts of water to make, but rolled oats are most common in oat milk. Rolled oats take about 145 gallons of water to grow 1/2 pounds of oats or about 1 cup. Like almond milk, oat milk has a ratio of 1:4 cups of oats to water, sometimes with an additional cup or two to soak the oats in beforehand. In the end, oat milk takes about 145 gallons and an additional 4-6 cups of water to make from beginning to end.

A litre of soy milk uses around 297 litres of water to produce. This may sound like a huge amount of water, and it is, but it’s less than a third of the water needed to produce cow’s milk.

Milk, for example, is often thought to be just milk. In reality, milk is 87% water, and cows consume 30-50 gallons of water every day to make it, which is almost 415 pounds of water per day. While that may seem like a lot of water, it takes roughly 4.5 pounds of water to make just 1 pound of milk. That translates to roughly 1/2 of a gallon of water for every 1/8 of a gallon of milk.

Next time you get a glass of milk, you know it impacts the environment, affecting greenhouse gas emissions.