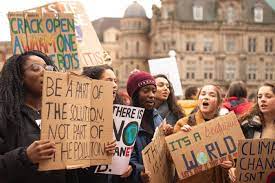 The United Nations has declared that access to a healthy environment should be part of human rights and that all countries should provide proper conditions for it. This is the first time the United Nations has made such a declaration. The text was proposed by Costa Rica, the Maldives, Morocco, Slovenia, and Switzerland and was voted in favour by 43 countries where India, Russia, China, and Japan showed abstention. The council has also focussed on the impact of human rights on climate change and has established a Special Rapporteur dedicated to this specific issue.

The UN High Commissioner for Human Rights, Michelle Bachelet, asked the member states to take bold actions to take quick and effective steps in the right to a healthy environment. She also mentions that she is “gratified” that the decision “clearly recognises environmental degradation and climate change as interconnected human rights crises.” She added that “Bold action is now required to ensure this resolution on the right to a healthy environment serves as a springboard to push for transformative economic, social and environmental policies that will protect people and nature.”

At the beginning of the session, of the Human Rights Council, the High Commissioner announced climate change, pollution, and nature loss as “the triple planetary threat,” which is the single greatest human rights challenge of our era. It also acknowledged that millions are going to be inflicted by climate change and environmental destruction, where it is seen that the most vulnerable segments of our population are more acutely affected.”

The resolution also honoured environmental defenders around the world who had been killed or injured while standing up for their right to defend their environment. “We must build on this momentum to move beyond the false separation of environmental action and protection of human rights. It is all too clear that neither goal can be achieved without the other”, she said. Costa Rican ambassador Catalina Devandas Aguilar, co-sponsor of the resolution, said the decision would “send a powerful message to communities around the world struggling with climate hardship that they are not alone.” It is also seen that for many activists and scholars, access to clean air and water is the next frontier for the global community. The resolution is seen that resolution has come weeks before the crucial UN climate change summit, COP26, which is to be held in Glasgow in early November.

Editorialists also read out that countries cannot be exempted from honouring their natural resources. Many times these resources are not even used properly because they are not distributed throughout society evenly enough for everyone to enjoy them. It was added that 24% of global death is linked to the environmental factors which include major risks such as air pollution and chemical exposure.

I am Kesiya Kattukkaran, a fellow who is a performance-driven, motivated, energetic and result oriented writer who is concerned about the climate and environment. Maybe we do not yet realise how serious the consequences of harming the environment can be, but we should act already and try to save it. I am here to save the planet and I feel that many other people are concerned about the same.