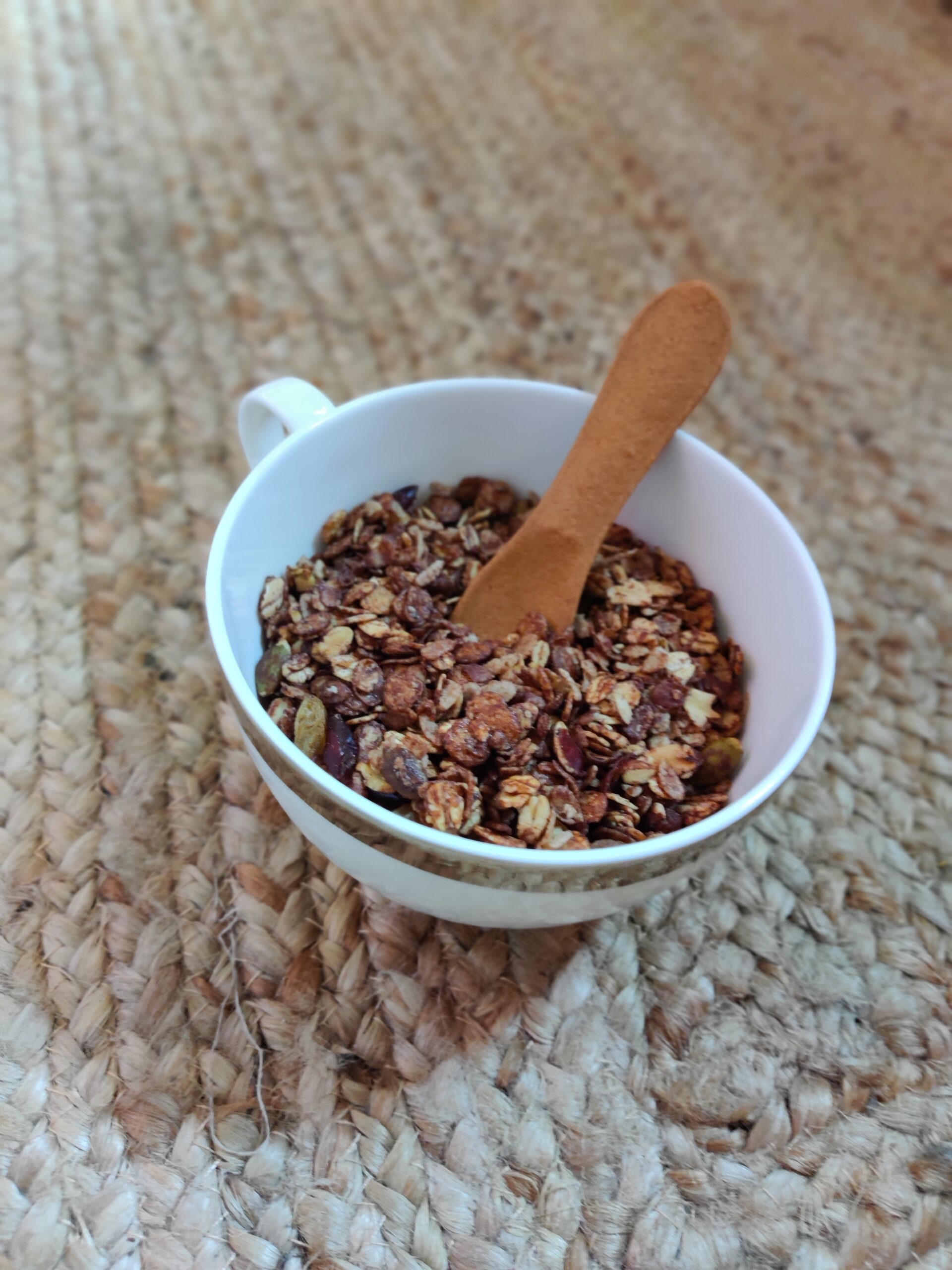 The harmful effects of plastic on the earth and the wellbeing of its inhabitants are one such burning topic of debate across the globe. One such dominant usage of plastic is in disposable cutlery segment. These disposables often enter into the landfill and water bodies causing further degradation. To combat this plastic menace and replace plastic products used for consumption, Think Earth, a startup came with sustainable edible cutlery made up of Sorghum.

Inspired by their father’s plastic recycling business that was started in 1980, two sisters Richa and Shivani started the venture of producing edible cutlery to replace plastic. Following their father’s ideas of contributing to nature – Think Earth’s products are made by keeping the principle of zero-waste and are completely biodegradable and eco- friendly.

These eco-warriors of ‘Think Earth’ believe that wooden cutlery is not the sustainable replacement of plastic as it also harms nature by leaving a huge carbon footprint.

Richa, one of the founder explained the reason for opting for edible cutlery instead of Bamboo, sugar and corn-based cutlery, Think Earth- uses Sorghum, an African crop. She said, “We use Sorghum which is an African crop which needs 60 times less water than rice and is 100% biodegradable. Also, the Vegan lifestyle is spreading these days and think earth produces vegan cutlery with 1g of protein. There are no added sugars, artificial flavours or added spices and it doesn’t contain any preservatives.”

She further said, “This makes Think Earth safe for children too! When we dip normal plastic spoons in hot food dishes, the plastic melts and particles enter into our body and harm us gradually. This unknowing consumption of plastic is very dangerous. It has led to many health problems like cancer, congenital disabilities, immune system problems and a lot more.  Think earth cutlery contains natural spices and ingredients- hence, making it healthy and nutritious and it tastes delicious too!”

Think Earth cutlery products stay intact in the cold dessert for 45 mins and in hot dishes for 25 mins. Think Earth has separate varieties depending on the type of food dish- tablespoons and dessert spoons. Each spoon is made with the goodness of multigrain flour.

This initiative is a step towards the hazardous effects on flora and fauna and at the same time human health. These 100 per cent natural and eco-friendly edible cutleries are available in various features such as Mixed Spices, Crunchy Vanilla, Choco Love, Peri-Peri, Dessert Spoon (Multigrain) among others.

Richa said, ” Our aim at Think Earth is to create biodegradable products that are important for a sustainable life. It is our way to give back to nature. With this initiative, we are also able to support farmers and small industries as our products are sourced from manufacturers who use different types of grains in the making process. It directly supports farmers.”

“Plastic has negative impacts on humans, wildlife causing hazardous implication of health. It is also one of the reasons for climate change, therefore recycling is not enough but a sustainable alternative is required and at Think Earth, we aim to provide that alternative to the masses,” mentions Richa as she signs off

Sabjikothi- A Unique Solution Towards Sustainability