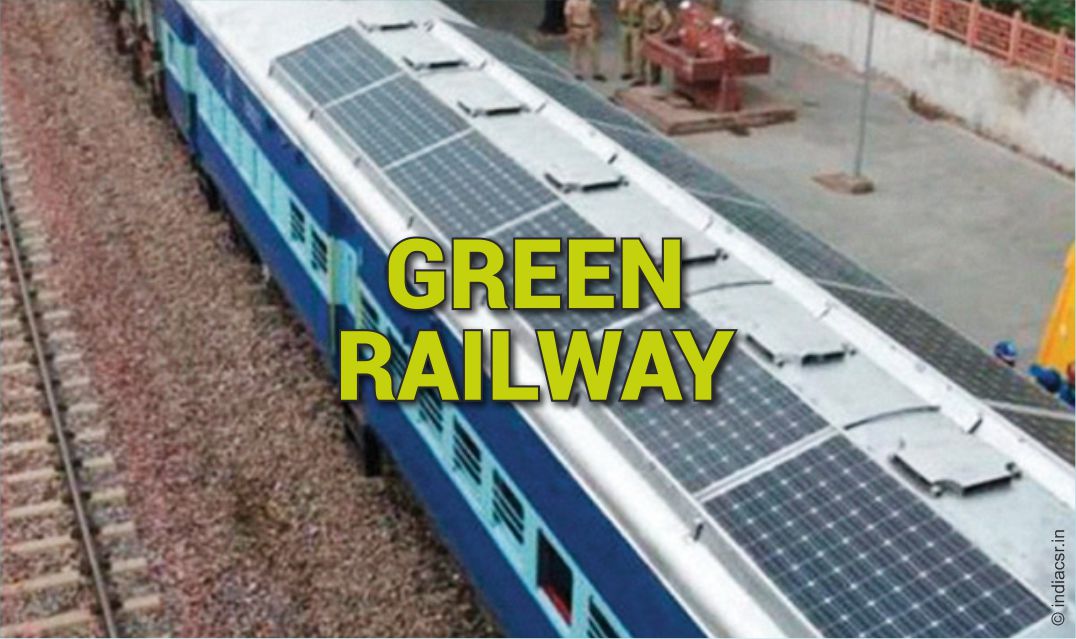 Indian Railways is working on a large-scale project to use solar electricity to meet the energy needs of roughly 7000 railway stations. Railway authorities claim their current solar rooftop capacity placed in 1,094 railway stations around the country, has already generated roughly 121.47 MW of solar power.

A senior railway official stated, “We are planning to outfit all railway stations in the country with power-generating rooftop solar panels.”

Varanasi (redeveloped with all world-class facilities in UP), Katra in Jammu, Kashmir, New Delhi, Old Delhi, Jaipur, Secunderabad, Kolkata, Howrah, and Guwahati are among the 1,094 railway stations with rooftop solar panel installations.

Nearly 7,000 railway stations across the country will have rooftop solar panels installed to meet their energy needs.

A 3 MW solar power generating plant has already been built at MCF in Raebareli, while BHEL and the Railway Energy Management Company Limited (REMCL) have been given two pilot projects to generate 1.7 MW and 2 MW of solar energy at Bina in Madhya Pradesh and Diwana in Haryana, respectively. Apart from that, the Railways are building a 50 MW plant on railway land in Bhilai to generate enough solar electricity to cover the energy needs of railway stations.

Railways have previously formed a partnership with Rewa Ultra Mega Solar, a joint venture between the Solar Energy Corporation of India Limited (SECI) and the Madhya Pradesh government, to get solar energy to meet the energy needs of railway stations.

As part of its 1000 Megawatt solar programme, the government said in its budget that work on 2,000 railway stations would begin.

Solar rooftop capacity of 121.47 Mega Watts (MW) has been installed at 1094 railway stations across the country as of October 31, 2021, including key stations such as Varanasi, New Delhi, Old Delhi, Jaipur, Kolkata, Guwahati, Katra, Secunderabad, and Howrah.

Solar plants would be gradually installed at certain railway stations, according to the ministry.

Solar System on the Ground

The usage of solar electricity will speed Indian Railways’ aim of becoming a Net Zero Carbon Emission Rail Network in the future years up, according to the Ministry of Railways. To do this, the national transporter has a cosmic plan to build 20 GW solar power plants on unoccupied land by 2030.