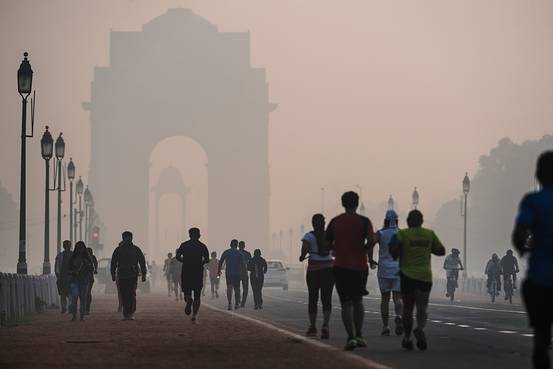 The largest environmental risk to health is air pollution and it is a major cause of disease and premature death.

Both outdoor and indoor air pollution adds to the global burden. Emanation from transport, industry, power generation and agriculture processes affects both cities and rural areas. According to the World Health Organisation, 9 out of 10 people all over the world breathe polluted air.

How long can a person’s life live if they breathe clean air found out by the University of Chicago’s Energy Policy Institute? The study said that India’s big levels of air pollution have extended geographically.

According to a new study, air pollution is likely to reduce the life expectancy of Indians by 40% in over nine years. The Energy Policy Institute of the University of Chicago conducted this study.

More than 480 million people living in central, eastern and northern India, including Delhi, go through high pollution levels, according to a recent study. The study also says that India’s high level of air pollution has extended geographically.

Over 3 billion people are at risk inside the home with household air pollution from the use of unclean fuels and technologies for cooking and heating.

The report highlighted the situation in Maharashtra and Madhya Pradesh, where the average person loses 2.5 to 2.9 years of life expectancy.

According to India’s National Clean Air Program (NCAP), the country’s life expectancy can increase by 1.7 years and 3.1 years in New Delhi. NCAP aims to reduce pollution in the 102 worst affected cities by 20% to 30% by 2024 by cutting industrial emission and vehicular exhaust by introducing certain rules for transport fuels, biomass burning and decrease dust pollution, which will also require a better monitoring system.