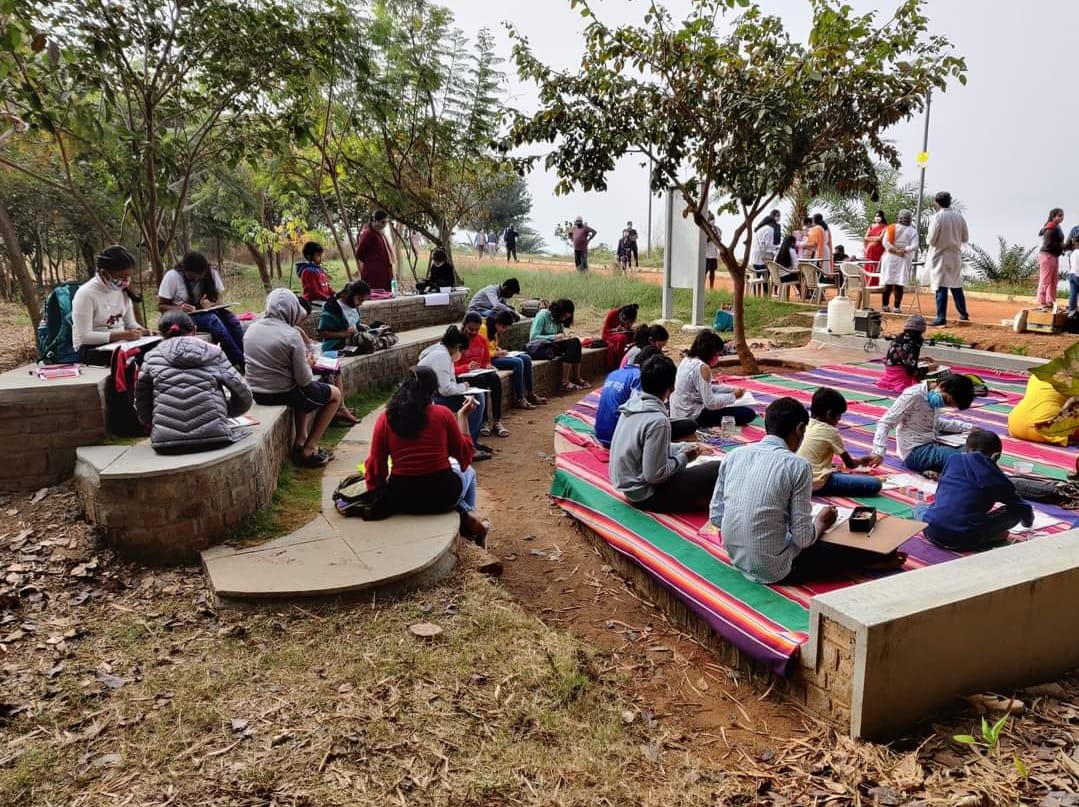 Pollution is one of the most critical problems which eventually results in disturbing the balance of nature. In India, one of the major forms of pollution is water pollution as a large number of water bodies are constantly getting polluted because of the aggressive increase in urbanisation and industrialisation. Though various mass movements have begun to work towards reviving such water bodies, Jalaposhan in Bengaluru is one such initiative.

Bengaluru is blessed with 189 lakes in the city. Jakkur is one of them. Bengaluru’s Municipal Corporation (BBMP) and the citizen’s group Jalaposhan are working towards rejuvenating the lake.

Dr Annapurna Kamath, the founder of Jalaposhan, today works with a large self-help group with citizens to keep the lake healthy and rejuvenating.

Jalaposhan was started in 2014 to help in the rejuvenation of the lake after the Bangalore Department Authority (BDA) completed its work on fencing and sewage treatment. This initiative was started to maintain the cleanliness and health of the lake. its healthy growth, one should take consistent care of it. So, once the BDA left, there was again no one to look out for the Jakkur lake. Annapurna said, “It was very important to work for the rejuvenation of this 160-acre water body and more to maintain its cleanliness. I also believe that this could be possible only with the support of the local people and the people living around the lake can make this happen.”

Fishermen also played a broad role in forming such a sizable community. So, she started the community with the help of local people, which is now known as Jalaposhan. To keep continuing the efforts, a self-help group Shramadhan contributes every week for regular maintenance. However, every day a group of women called Jalsevika conducts a cleanliness drive near the lake.

Every year the community organises Jakkur Kere (lake) Utsav, attracting thousands of people to the place. The focus of this festive event is to entertain citizens. Different competitions for children to engage them and make them more connected with the place. The Utsav focuses not only on the improvement of the lake but also on teaching children to be more responsible for their natural resources.

They celebrate Vana Mahothsava every year where lots of trees are planted. The lake has a 2-km medicinal and herbal garden which again benefits the citizens. Growing different plants and trees attracts lots of different birds which are seen around the lake. One can observe almost 200 species of birds here.

Jalaposhan also works for the lakes which are around and continues the duty towards nature, keeping them clean and healthy. Jalaposhan and BBMP still strive to keep the lake clean and to enhance its beauty with the help of citizens. Jalaposhan aspires to zero sewage discharge into lakes in the future.

Annapurna said, “We should prepare children by sensitising them about the environment so that they can conserve it by becoming responsible citizens. Making children a part of the community will also remain beneficial for them and the future of the lake and the environment. However, a small step will indeed lead the way into a huge ground of success and collectively become a large community”.

“Also, the conservation must always be inclusive involving all the stakeholders,” said Annapurna as she signed off.