Kyasanur Forest Disease: Where Does The Blame Lie? 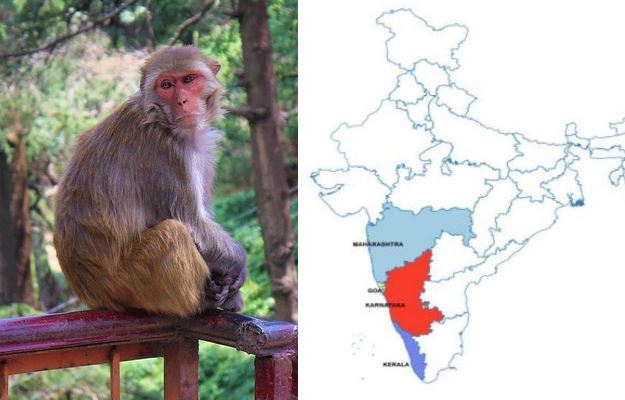 Lower species diversity in deforested landscapes is linked to a higher risk of Kyasanur Forest Disease.

Western ghats are facing an outbreak of Kyasanur Forest Disease (KFD), also known as ‘monkey fever. And a study comes out which says landscapes with forest loss and a lower number of mammalian species are closely related to high disease risk.

Increased risk of KFD virus and high mammal species richness in the western ghats were linked in areas with less forest loss, pointing out the role of forest loss in considerably adjusting the relationship between richness of species and outbreaks. Landscapes that have gone through diminishing biodiversity following habitat fragmentation are of the highest risk.

“Species that are resilient to human pressure dominate these landscapes, as those that are less resilient and which can be found in areas of greater biodiversity tend to disappear as habitat is lost. These species that are more resilient to human pressure also are a species that are more efficient viral hosts because those aspects of their biology that make them resilient also make them more efficient hosts,” said Michael Walsh, the corresponding author of the study and an epidemiologist at the Sydney Institute for Infectious Diseases and the Sydney School of Public Health.

The KFD usually affects people working and living in the western ghats. KFD spreads by infected ticks and is assumed to be prevalent among these people due to the increase in human exposure to ticks and infected animals during January and June, before the start of the monsoon. The main vector is the Haemaphysalis spinigera ticks, while a wide range of birds, monkeys, and small rodents are thought to have a significant role in the transmission of the Kyasanur Forest Disease Virus (KFDV). The disease was first spotted in Kyasanur in Karnataka’s Shimoga/Shivamogga district in 1957. It started spreading rapidly from there as human activities were constantly degrading the forest ecosystem.

The disease has started spreading to new districts in Karnataka and other states of Maharashtra, Goa, Tamil Nadu, and Kerela in the Western Ghats. According to the researchers at ICMR-National Institute of Virology (ICMR-NIV), this spread of KFDV between states is primarily because of the movements of tick-infected monkeys in these forests. Changes in occupational and agricultural practices encourage humans or their dwellings in the forests to also play a considerable role in the spread.