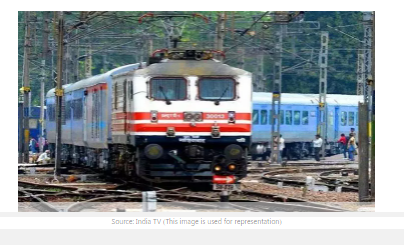 Sustainability is rewarding and it proves once again as the Indian Railways wins big at the National Energy Conservation Awards 2020 and received 13 awards in three prestigious categories. This award was organised by the Bureau of Energy Efficiency, Ministry of Power recently. It was given to the organisations that make efforts to reduce energy consumption. Multiple zones of Indian Railways were awarded this prestigious honour in three different categories. In the transport category, Western Railways won the top honour by claiming first prize while Eastern Railways got second prize and North Eastern Railway & South Central Railway were awarded the Certificate of Merit. In the building category, the top two honours were bagged by the Divisional Railways Manager offices of Bhavnagar (First Prize) and Rajkot (Second Prize) while North Eastern Railway has been awarded the Certificate of Merit.

The Ministry of Railways press release said, “These awards have been given to Indian Railways’ zones and workshops for significant improvements in energy conservation by adopting various measures to promote energy efficiency. Indian Railways is committed to improving performance towards energy efficiency and clean environment in the coming years.”