Leopards Population increases by 60% and can be more as well: Reveals Status of Leopards in India Report 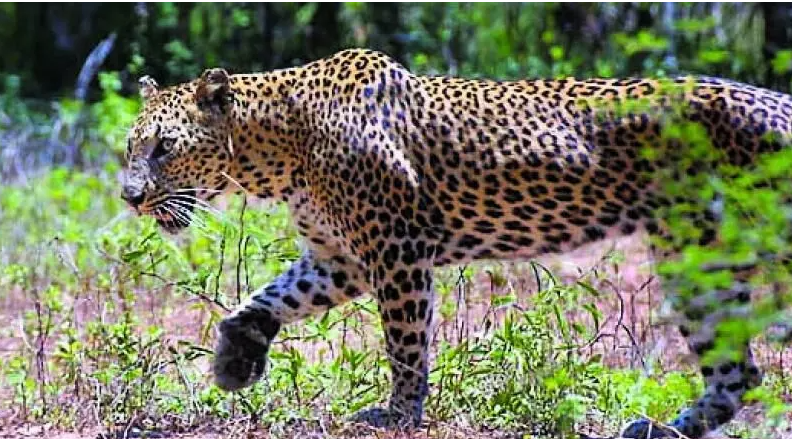 The conservation efforts of the wildlife and the biodiversity in the country had shown its result once again. India witnessed an increase in leopards population. There has been more than 60% increase in leopards population than the previous estimate of 2014. Last month, report on the ‘Status of leopards in India 2018’ was released that shows that India now has 12,852 leopards. There has been more than 60% increase in population as compared to the previous estimate of 2014 when the total estimate stands at 7910. The report further suggests that states of Madhya Pradesh, Karnataka and Maharashtra recorded the highest leopard estimates at 3,421, 1,783 and 1,690 respectively.

As per the report, Shivalik Hills and Gangetic plains which comprise Uttarakhand, Uttar Pradesh and Bihar have a total number of 1252 leopards with highest in Uttarakhand of around 839 leopards. However, the highest number of leopards around 8071 were estimated in Central India and the Eastern Ghats that includes states such as Chattisgarh, Jharkhand, Madhya Pradesh, Maharashtra, Odisha, Rajasthan. Though, Maharashtra and Madhya Pradesh emerged as leading habitats for leopards. The population of leopards in the Western Ghats comprise Goa, Karnataka, Kerala and Tamil Nadu stood at 3387 and Karnataka stood with the highest number of leopards in this area. The population of leopards in the Northeast Hills and Brahmaputra Flood Plains that covers states such as Arunachal Pradesh, Assam, West Bengal were estimated around 141.

The report also states that the leopard was estimated across forested habitats in tiger range areas of the country. However, leopards from non-forested habitats such as coffee and tea plantation, higher elevations in the Himalayas, arid landscapes and the majority of North East landscape were not sampled. Therefore, the population estimation should be considered as the minimum number of leopards in each of the landscapes.”

On this occasion, Union Minister for Environment, Forest and Climate Change, Prakash Javadekar has hailed the conservation efforts that increased Tiger, Lion & Leopards numbers over the last few years. In a press release shared by the Ministry of Environment, Forest and Climate Change he remarked that the monitoring of the tiger in India has clearly shown its umbrella role in the ecosystem, which has shed light on other charismatic species like the Leopard. Prime Minister Narendra Modi has also cheered the increase in the population of leopards via his Twitter handle. This is surely a piece of great news for the Indian biodiversity and wildlife population. It is also a motivation to work towards the protection of the natural habitats for the betterment of the wildlife.

Venkaiah Naidu: “The Youth Should Lead The Environmental Battle”