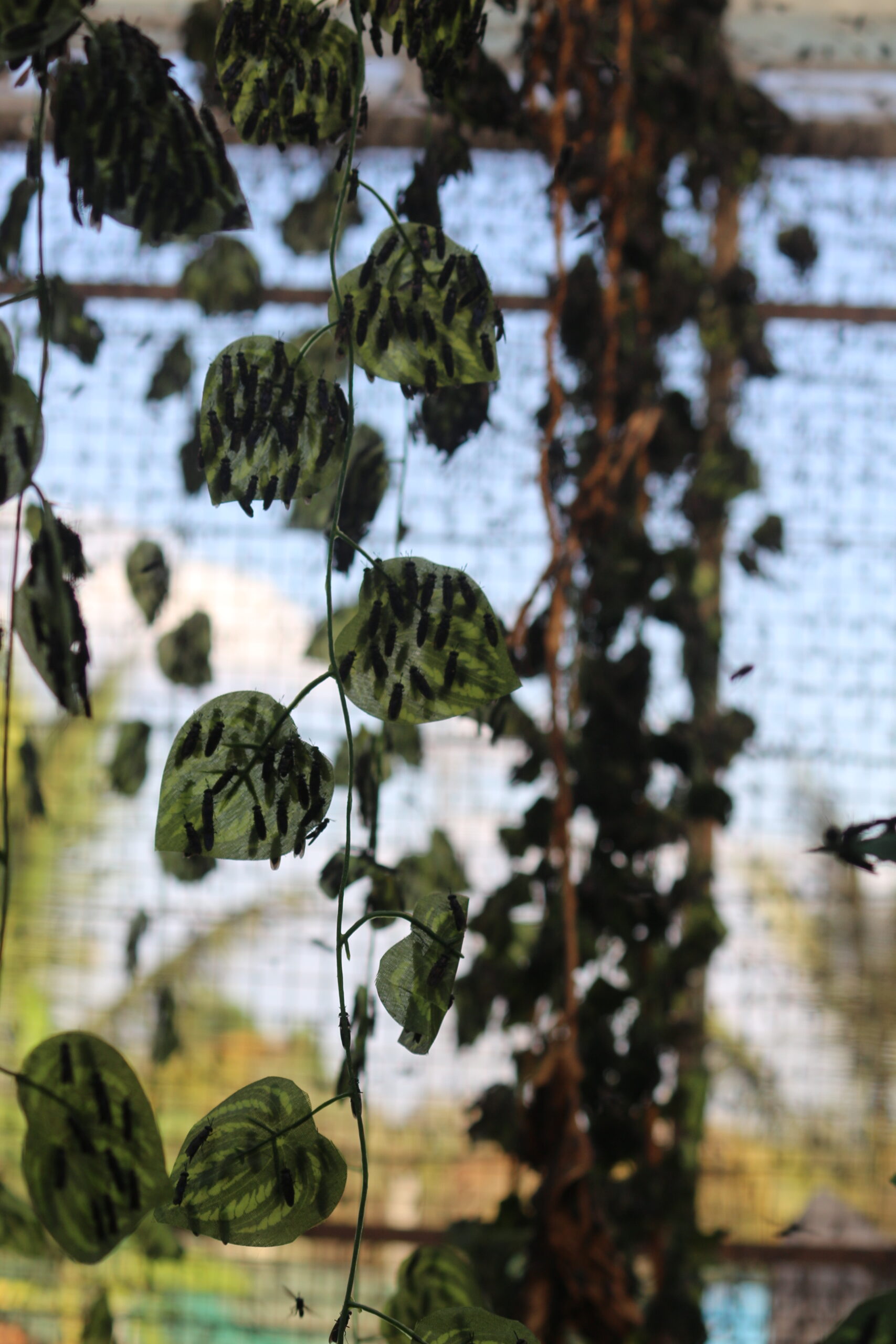 We live in a world where we know the price of everything but we forget the value of things we get for free. According to United Nations Food and Agriculture Organizations – promoting the introduction of insect feed helps in meeting the nutritional demand and it proves to be one of the most sustainable ways of providing proper feed to fish, poultry and other pet animals. Sustainability as we all know is the need of the hour and with a motto “to produce sustainable food and feed for tomorrow and bringing food waste back into the circular loop” LOOPWORM an organisation founded by Ankit Alok Bagaria and Abhi Gawri, are working to attain these sustainable development goals.

At LOOPWORM they “create an extremely protein-rich diet for fisheries and poultry farms by farming insects to feed them using food waste which currently lands in the landfills.” The working and the actions comprise “converting wet waste or organic waste into rich compost by the help of larvae as we culture them to make rich compost. It takes 12 days to proliferate 3000-4000 times and attain full-growth size. These insects are rich in protein and fat. The composition mainly comprises 40% protein and 35% fat, making them rich source of nutrients for poultry an aquatic animal”.

‘Lipidoworms’, have high quality purified insect oil that is ideal for feeding. They mainly comprise of a medium chain of fatty acids.

“Fertiworms” are the natural by-product of these insects breeding industry. They are a blend of N-P-K and other essential minerals. All these worms help in restoring the natural balance of nature.

Mr Gawri said, “In India, around 80% of the population remains protein deficient, and we expect the protein demand to feed the increasing population to grow by 70% in the next 30 years globally.” To meet the increasing demand, Loopworm practices “Vertical Farming.” According to Mr Gawri, “fish meals and soya are not a sustainable source of food for a longer run. Since we get the fish meal from fishing in the oceans and using them as feed for farm fishes, which leads to an ecological imbalance and hampers the marine life and aquatic biodiversity. Soya meal is an important source of rich protein that has caused environmental degradation, according to news reports. They say the fires in the Amazon Rainforests of Brazil which sweep away trenches of land to be caused by people deliberately so that they can cultivate soya. Brazil is the largest soya producing country in the world. The number of fires burning the Brazilian Amazon has increased by 28% in July 2020 over previous years according to INPE data and the reason being land clearing for agriculture and mining use”.

Another great concern arises here, i.e.- Deforestation. On being asked, how can these insect feed help in preventing deforestation? Mr Gawri said, “By installing more bilateral units and commercial plants to culture worms on bio food waste, it can help in substituting soya meal/fish meal with insect feed and over 5-10 years changes can be seen on a larger scale as this alternative would surely prevent deforestation”.

To the question- what impact insect feed has created on the environment so far? Mr Gawri responded by saying that they had toed the line of ill effects and environmental harm caused by animal feed. He further added, “For every ton of insect meal produced, we indirectly ensure 3 tons of Marine remains in the oceans. Perhaps this leads to saving aquatic life and reducing overfishing, currently because of climatic changes and exploitation of natural resources animal feed has impacted the ecological balance. But if we switch on to other alternatives such as insect feed, we will help nature to attain ecological sustainability and stability. The whole loop process of using the waste for feeding BSF larvae converts food waste back into protein. This has not only solved the problem of waste production but it has diverted 40 tons of waste from landfills, lessening the burden on them and well using it. Farming industries are growing manifolds and in the coming years, one could expect more involvement of government and the formation of more rules and regulations along with policies to keep a proper check on the conditions of these insect feed manufacturing units. In parallel with not only focusing on hygiene and safety, but it also maintains minimum human intervention”.

Towards the end of the interview, Mr Gawri shared his and his team’s experience of a field project where they came across the traditional practice of providing insect feed to the fishes. He said, “we have an old history of using insect feeds as a source of providing proper nutrition in the field we met Mr Nepal Singh, who used poultry litter as a compost for breeding insects in the pond which turned out to be a source of natural protein for the fishes in the pond and henceforth from this experience, we learnt a lot about culturing worms and later used it for attaining sustainable animal feed”.

According to the reports, only 9%, 3% and 17% of the land, water, and feed usage respectively to other protein sources generates only 1% of CO2 for the same protein output. Last, he concluded by saying, “this is a new and revolutionary industry in India but the practice of the same has been taking place in the west on a larger scale and we firmly believe that insect feed is the future of the feed and it has got a lot of environmental advantages which play a pivotal role in increasing the ecology and economy of our country. We bring supposed waste back into the circular loop using nature, hence nature knows no waste”.

If we want to move towards a low polluting, sustainable society we ought to think about ways of recreating things from what we already have and living in sync with nature. For that, we need to be part of the solution to these environmental problems, not part of the actions that cause problems.

Paper Seed Co: Creating Masks That Grow into a Plant