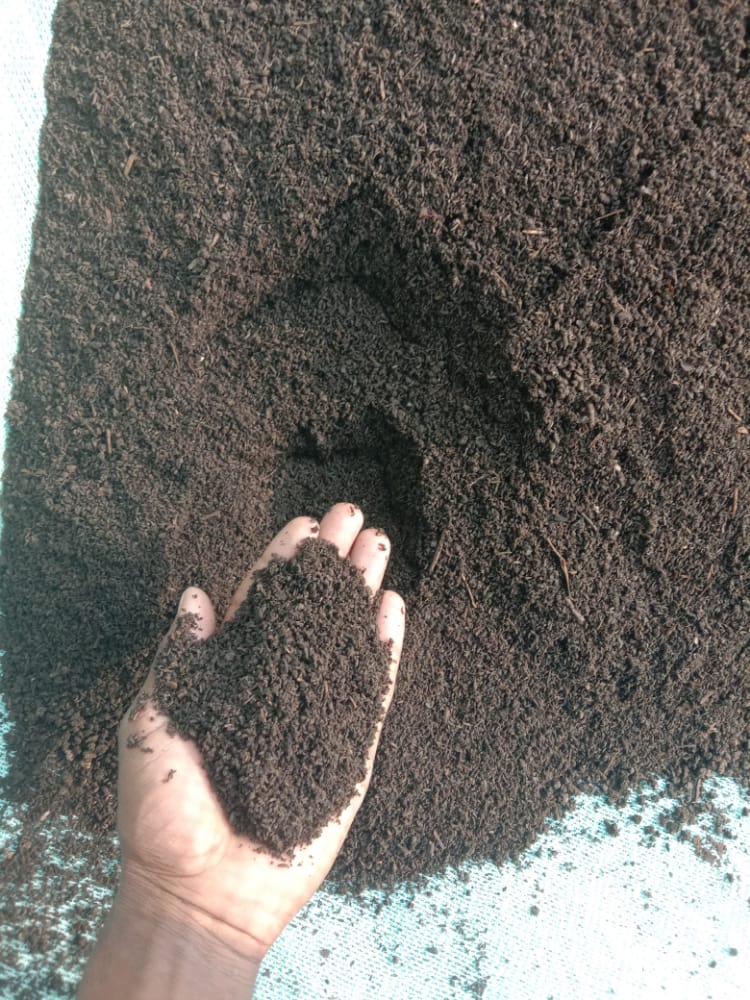 “While studying I thought of producing vermicompost fertilizers as it shall be useful in our farm and even the business of organic fertilizer might grow over time”, says Jitendra Aatodiya. A 23-year-old farmer and a student of B. Sc. living in Ratlam district of Madhya Pradesh started producing Organic Fertilizer in 2019, which he sells atRs 6/kg, which is 33 times cheaper than other fertilizers.

“As the use of Urea and DAP is much more among farmers in MP and all over India, the soil is being less fertilized and the farmers need to pay the regular cost for such chemicals every number of months. Such fertilizers are making the land harder and less productive in the future,” says Jitendra. He adds, “The more you give Urea and DAP, the more you get the production but the land does not remain fertilized the way it was. Thus, it is harmful to the future of the land.” Farmers spend almost 4000 to 5000 rupees on fertilizers every year. Jitendra thought why not produce fertilizer cheaper but extremely organic than the others in the market.

Today most inorganic compost is being used which makes the land infertile over long terms because of the chemicals. The 23-year-old says he has been using cow and buffalo dung (gobar) in a large proposition, which is then followed by the wastage of fruits and vegetables. Jitendra further explains The Earth View that, “where a type of inorganic compost contains a few minerals, organic fertilizer has all the components like nitrogen, phosphorus, potassium, magnesium, and much more.”

However, the need for farmers’ demand more products every year, which is not quite possible with organic fertilizers, as it takes time for growth. Once the farmer turns to organic farming, the soil needs at least 2 to 3 years to grow into organic and for producing more crops. Inorganic compost gives the result in days where organic is an exaggerated process where the patient is needed. Knowing this, that the land is more secure with such organic farming but their need and requirement match with such chemicals.

Jitendra, says that many demands in large numbers have been coming these days from all over India. But, because of the transportation cost, he cannot meet the needs. Most people demand small packs for their home garden. Where this MP farmer produces the fertilizer at such a low cost, he is lacking the profit he would get by selling long distances. Today he earns a profit of 2 to 2.25 rupees over a pack.

“I make 24 beds where each one is 4 feet wide and 14 feet long. One bed holds up to one trolley of cow dung then later the neem and waste of vegetables and fruits are added,” Jitendra says. Making process also ends up with compiling household waste of vegetables and fruits which are used for the further process of production. Organic fertilizers also help in managing waste which is more likely for the use of our good. Jitendra says, “When in lockdown the vegetables were in the stalk, we ended up by cutting them and mixing into the vermicompost which helped the fertilizer and the waste got used for the deed.”

Jitendra also says that instead of dumping such wastage of vegetables and fruits, one can use them in their home garden. The process is simple. Let the wastage dry for some days then directly mix it into the soil where you need it. He also explains organic farming is healthier and farmers should turn their heads from inorganic to organic. Where the chemicals boost production, the soil only lasts for a couple of months. Again the need for chemicals demands the soil. Thus, onetime use or organic compost lasts a year and softens the soil, which remains useful for the next production as well. The only drawback is that it’s time-consuming.

“Today I want to reach out to the people in India but such a low-cost refuses me. Transport cost will lead my fertilizer to sell at higher cost”, Jitendra explains. He further says he wants to increase the rate of the packets a little and reach the people where they ask. Last year, Jitendra could extract 500 quintals of organic fertilizers and wish to produce more at least for his farming and others in his village, he explains. 23-year-old says, “Producing organic is the best way to help the farmers and make them forget the use of chemicals in their land.” Organic also remains the answer for waste management. Each person can produce its organic manure and help nature with that little wastage of vegetables and fruits which have been going to dump in the wasteland. “More the people learn about organic production, the more healthy our daily intake will be”, Jitendra says as he signs off. He in the future wants to remain in this field and help the farmers to grow more organic and make them more aware of the different manures.