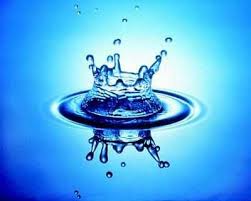 In a press statement by the Ministry of Road Transport & Highways, Union Minister Nitin Gadkari has said that Maharashtra’s ‘Buldhana Pattern’ of water conservation’ has won national recognition. The NITI Aayog is in the process of formulating National Policy on water conversation based on it.

Gadkari has urged the Maharashtra Government also to adopt the ‘Buldhana Pattern’ for water conservation in the state. In a letter written to the Chief Minister Uddhav Thackerey, Gadkari said synchronisation of national highway construction and water conservation was achieved for the first time in Buldhana district, by using soil from the water bodies, nallas and rivers. This consequently leads to the increase in capacity of water storage across the water-bodies in Buldhana district and it came to be known as ‘Buldhana Pattern’.

The Union Minister further mentioned that with this activity in Maharashtra, 225 lakh cubic metre of soil was used in National Highway construction. The resultant widening/deepening resulted in an increase of 22,500 Thousand Cubic Metre (TMC) of water storage capacity with no cost to state government.

Through Agro-Vision – an agriculture convention held in Nagpur every year, Gadkari has appealed to adopt the cost-efficient ‘Buldhana pattern’ of road-construction nation-wide, especially in the regions which are facing the problem of water scarcity.

The Minister, in his letter, also informed about ‘Tamswada Pattern’ of water conservation project has been taken up in Nagpur and Wardha district. In this project, rainwater harvesting, conservation and groundwater recharge works were done to increase the water storage capacity of natural water bodies situated in these two districts of Eastern Vidarbha. He informed that ‘Tamswada pattern’ was being implemented in 60 villages Nagpur and Wardha district while the work already completed in 40 villages.

Shri Gadkari also expressed the hope that the creation of the State Water Grid and adopting water Conservations works under ‘Buldhana Pattern’ will increase the agriculture production and bring prosperity in farmer’s economic life in Vidarbha.