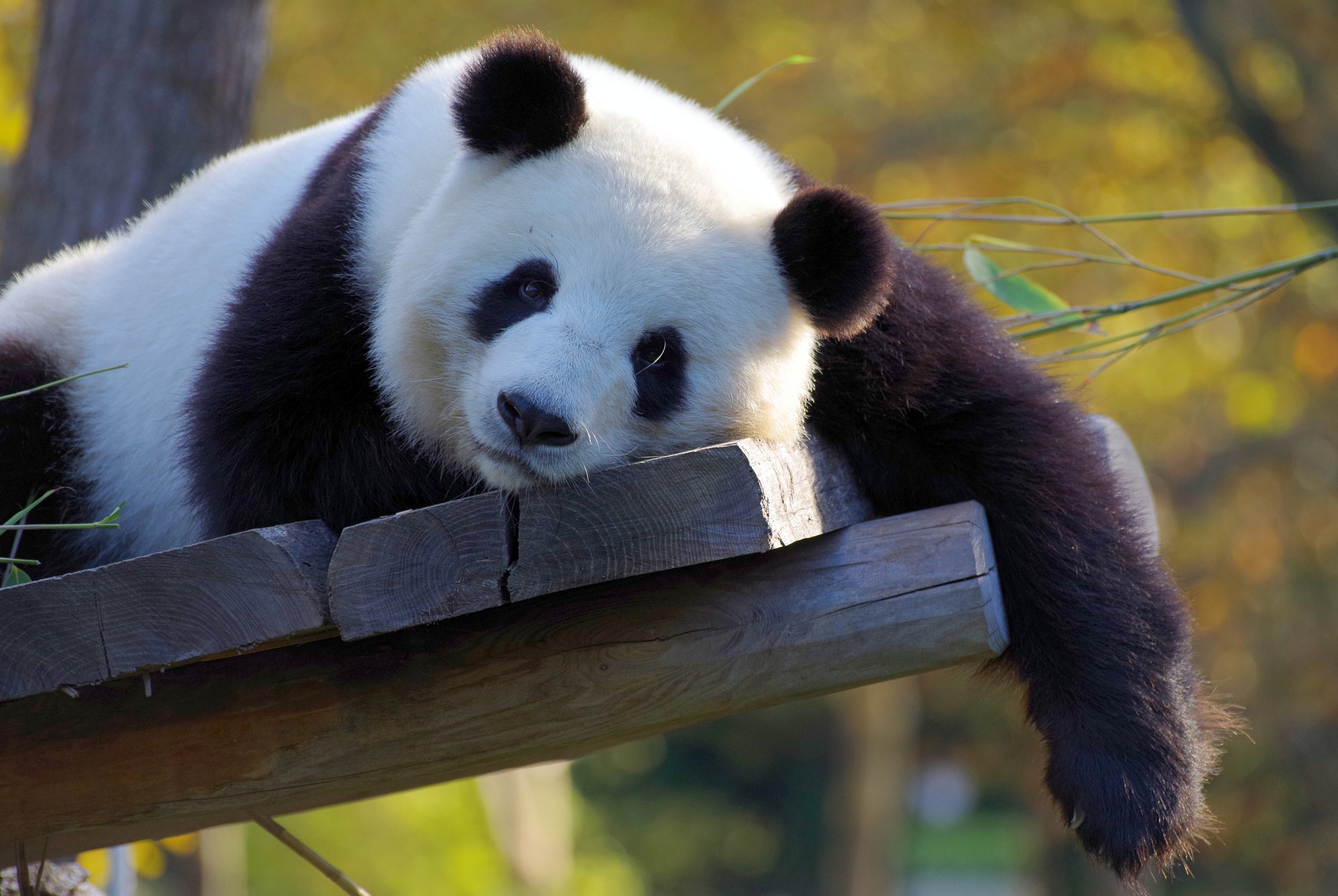 Giant pandas also known as Ailuropoda melanoleuca, after becoming an endangered species for quite a while, were enlisted as vulnerable by the International Union for Conservation of Nature (IUCN) around 5 years ago. Now China’s conservation authorities have shifted pandas from the endangered category to the vulnerable one.

In order to get a better idea of why they were endangered, let us first know more about Pandas and their way of living.

Pandas live mainly in temperate forests high in the mountains of China with a diet that consists almost entirely of leaves and stems of bamboo. Their daily bamboo consumption is around 26 to 86 pounds or 10 to 40 Kgs with a lifespan of 20 years.  They use the enlarged wrist bones they utilise as opposable thumbs.

As we are all aware, these bear-like mammals have a body covered with black patches of fur on their ears, eyes, muzzles, shoulders and legs while the rest of their coat is white. Scientists yet understood why pandas have a white and black coat of fur, especially when kept in the green forests of bamboo. Though keep in mind, the fact that they don’t have many natural predators requires little camouflage to hide. Pandas are also animals of solidarity; this can also explain the way their body is a combination of white and black colour to signal other present pandas in order to avoid socialising.

The panda’s thick, woolly coat keeps them warm in the cool forests of its habitat. Giant pandas have large molar teeth and powerful jaw muscles for crushing tough bamboo. Many people find these chunky, lumbering animals to be cute, but giant pandas can be as dangerous as any other bear.

The reason for their lessening numbers is that they hunted pandas in the past for their fur but mostly because of the increasing encroachment of human beings into their natural habitat. Rapid development led to deforestation and farming; all this drove many pandas out of their occupied areas. Due to the construction of roads, railways etc. the forests became fragmented and moving from one area to the other proved too difficult and dangerous.

Through the intervention of the Chinese government, scientists, and other natural conservationist organisations, splendid efforts were made to conserve the pandas through the creation of more than 60 panda reserves and they paid vigorous attention to their maintenance and living conditions.

Pandas are not only great iconic animals of China but they have also been used for political and symbolic effects as part of its diplomacy. Pandas are a symbol of peace and friendship for the Chinese people and have been used by the government to maximise political effect for many years.

This form of diplomacy started in the 1950s where pandas were presented to different countries as a way to solidify their friendship. But due to its requirement of a specific habitat, giant pandas were now only loaned out to select countries.

Pandas are high maintenance animals with very specific ways of living. Despite not being classified as endangered, they are still facing plenty of threats. IUCN has said climate change could destroy over 35% of their bamboo habitat in the next 80 years.