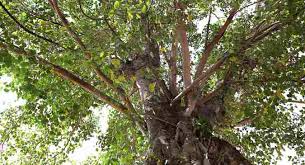 To make the environment better and purify the air, a group of environmental lovers of the city came together to increase the amount of oxygen in the atmosphere.

The shortage of oxygen supply for medical use during the pandemic these environmentalists from Gopalganj, Bihar, the urge and inspiration to do something about the pure air quality that the state faces along with other states in India.

The group started the campaign of planting Peepal saplings as they give 100 per cent oxygen, and are actively working towards their goal.

The caravan of these environmental lovers who plant Peepal is escalating. Inspired by this campaign, teachers, businessmen, lawyers, social workers, students and youth are all joining. Till now they have formed a group of forty people.

“Banks are being made of plants suitable for the environment”

To protect the environment by planting trees, this caravan has a plan to gain more public participation by motivating people to plant saplings around their houses as well. For this, these people are also making ‘Plant Bank’ by preparing and collecting saplings of Pakkar, Banyan, Neem and Jamun during the Lockdown period.

They have also collected some saplings for the bank on vacant private land in the city. Inspired by the ‘Nature Centered Development’ of the National Self-Respect Movement, these eco-lovers aim to make the land of Gopalganj green with environmentally friendly shady and oxygen-giving plants.

These are the benefits of the Peepal tree:

Peepal leaves are useful in swelling and wound healing.

Its bark is used to make medicine for respiratory diseases.

Its fruit is useful in removing physical weakness.

We use bark in dysentery, constipation and other diseases.

The environment has become toxic. In such a situation, there is a need to plant more trees. Peepal tree absorbs toxic carbon dioxide and releases 100% oxygen. People themselves are getting inspired to join the campaign to plant Peepal. Today, a caravan of forty environmental lovers has been formed. It will be turned into a big campaign.