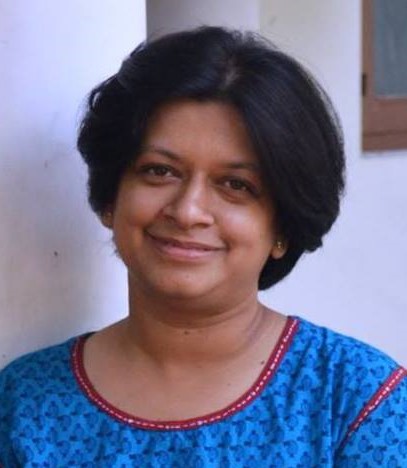 To ensure that not a single dry leaf is burnt and it is managed in the most eco-friendly way, Pune based Aditi Deodhar, an IT professional started ‘Brown leaf’ in the year 2016.

“After doing post-graduate diploma in Natural Resources Conservation and Management from Ecological Society, Pune in the year 2012-13, my consciousness about nature and environment has increased. One thing that used to bother me was burning of dry leaves. I used to wonder that leaves are biodegradable then why people burn it as the burning of these leaves causes air pollution. I have asked my society’s housekeeping staff not to burn them, but after a few months, it raised the question, what to do with the heap of brown leaves. I was clueless and realized that telling people not to burn leaves is not sufficient, but we have to provide some alternative for it,” said Aditi Deodhar.

She further said, “I drafted one message and circulated in all the WhatsApp groups. Fortunately, I found a crusader in Sujata, who was cultivating vegetables enough for three families. The plot she was using for cultivation was earlier used by a builder for dumping. Therefore, a lot of construction material was left out there, which ended up in no soil. Since buying soil was not financially viable and ecologically advisable, so she was creating organic matter using dry leaves.”

Sujata assured Aditi that dry leaves from her society will be accommodated in her garden; that’s how Aditi started. She prepared five gunny bags of dry leaves for Sujata to take. Aditi said, “This was an eye-opener for me ,till now we all knew that leaves are biodegradable. We should not burn them off as it pollutes the air but now I have reached the conclusion that they are not waste but a tremendous resource.”

After this incident, Brown leaves came into existence. Aditi started talking to other gardeners where the brown leaves can be utilised. She said, “In Pune city, there is a trend of growing your own food with lots of people using their terrace for the purpose. For cultivating vegetables, I had realized that these people heavily depend on dry leaves, as the soil is not a viable option for terrace gardening. The leaves are light in weight and can be easily carried to the terrace. It doesn’t put a burden on the structure or affect the stability of construction.”

She further said, “As it is challenging for people to dispose the dried brown leaves, it is equally challenging for people who want brown leaves.” The fundamental problem with people is that they are not aware of the importance of brown leaves and often dump them on roadsides and back yards as garbage, making it impossible to use for gardening. Availability of clean leaves is also a big problem and it was a Eureka movement for Aditi. Aditi started a forum on WhatsApp group, soon they took up her idea, and many people joined the Facebook and WhatsApp and she emerged as a broker of brown leaves.

Aditi said, “There should not be any commercials involved for both leaves donors and as well as receivers. The person who wants leaves drops a message and person who wants to give leaves responds and vice-versa.  But then there are some expectations from both donors and receivers. For example, as a donor, it is their responsibility to take care of segregation so that there should not be any waste mixed in the leaves and also to collect that leaves in a gunny bags for receivers. On the other hand, it is the responsibility of receivers to pick up gunny bags from the donor and reimburse the empty bags or at least replace the bags they take away. However, all this goes smoothly with details like the number of gunny bags, and the area is mentioned in messages.”

She does not want to take any economic benefit as of now and firstly wants to change people’s perception that brown leaves are waste. She said, “My goal is that  ‘not a single leaf should be burnt in India. Therefore, this platform is more about awareness and also runs by volunteers.”

However this year, she has launched one paid course, as proper training is required. She said, “I used to encourage people to try out mulching or composting; the last option is donating; they donate surplus leaves. However, I realized that some people need more motivation than just video and articles, so I created this paid course to help them in better ways.”

“Started this in 2016; the response is fantastic because leaves donors are everywhere, and receivers are also increasing. At this movement, the donor exceeds the number of takers and we are focusing to increase this. At present we have around 600 members in Pune city. It is a very vibrant community now. We get inquiries from all over India now. People want to replicate the same model in their cities. Many people from Kolhapur, Bangalore, Nashik, Vadodara, Hyderabad, and Telangana are now connected with brown leaves,” said Aditi

Aditi also highlighted that burning leaves not only hurts the environment but human health as well. She said, “Burning of dry leaves is banned in many countries. It leads to air pollution. It is a significant health issue and a fire hazard. The smoke contains several toxic particles and gases. This can cause coughing, sneezing, chest pain, shortness of breath, and extended long-term respiratory problems. For the people who have asthma and other breathing disorders, leaf burning is extremely hazardous. Complete burning results in carbon dioxide production, while it releases carbon monoxide from incomplete burning, such as with smouldering leaf piles. It absorbs carbon monoxide in the blood, reducing the oxygen-carrying capacity of the red blood cells (RBCs). It is also one of the greenhouse gases.“

Leaves that are fallen from trees contains 50- 80% of the trees’ nutrients which can provide nutrition to the soil but when we burn dry leaves, we not only create pollution but also destroy the nutrition that should go back to the soil. Brown leaf groups also guide people for gardening, as many people in the group are aware of planting and farming. It also encourages them to indulge more in urban gardening. Brown leaves are also known as the gold of gardening.

Suggesting gardening to be practised by everyone, She said, “Space is not an excuse to refrain from growing plants or herbs. We can start with growing small plants in pots. Grow lemongrass, herbs, mint, basils, curry leaves. We can practice mulching and composting at any scale. The rule of mulching is that soil should not be exposed and should always be covered with dry leaves. So you conserve water and keep the moisture in the soil, as roots need moisture, not water. Ornamental gardening is also a great idea to start. “