The Curious Case Of Penguins Of Byculla Zoo 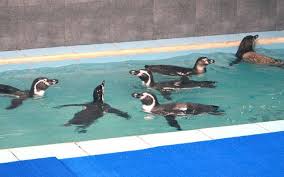 The high-cost maintenance of a penguin enclosure at Byculla Zoo in Mumbai has been subject to a lot of controversies lately. A tender of 15.26 crore has been issued for the upkeep of seven penguins for the next 3 years and the current contract, which will end around next month, was granted at 11.5 crores in September. Because of the rise in prices for necessities such as food, the authorities have observed an increase in costs of at least 5 to 10 per cent.

We bought eight penguins from Coëx Aquarium in Seoul, South Korea, and one penguin has died since. Their enclosure is about 1800 square feet and also contains a water pool, accommodation area, air handling area and also cooling system.

Keeping animals in captivity has always been a controversial issue and wild animals, like penguins, deserve a chance to live in their natural habitat, although sometimes human intervention may be required.

There can be several reasons for having penguins in captivity, as they are relatively easy to capture and transport. The penguin enclosure in Byculla is one of the chief attractions at the zoo. Penguins are animals that arouse sympathy and fascination in the eyes of the visitors and it’s not surprising that many people want to see them closely outside their natural habitat.

As they shut the Byculla Zoo during the pandemic, people couldn’t visit but soon the zoo is expecting to attract visitors. We expect the enclosure to be maintained at a certain temperature at all times, increasing the ever-mounting cost. Though there is an increase in the cost of maintenance, the authorities have assured that there will be no compromise in the quality of maintenance.