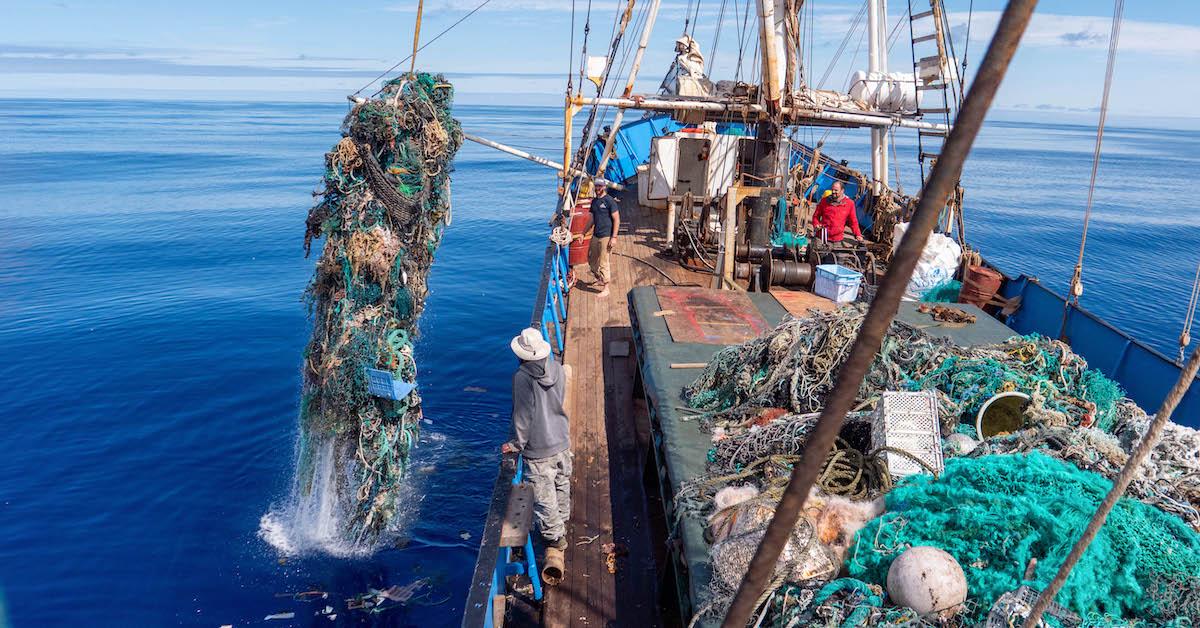 Floating in the ocean is millions of tons of marine debris aka garbage, with plastic being the most common. Due to water currents in the ocean, the waste accumulates around a certain point – the largest patch occurring in the Northern Pacific halfway between California and Hawaii. According to researchers from The Ocean Cleanup project, the size of this garbage patch is about thrice the size of France – that’s huge! Although typically perceived as a large island of garbage, the patch is stretched out and due to its low-density satellite imagery is not efficient for detection, and divers and casual boaters also find it hard to spot the waste. A study done in 2018 reported that plastics were the most common type of marine litter, with about 99.9% of the sample waste being plastic.

So who is cleaning this big mess up? That’s where a Dutch non-profit organisation called The Ocean Cleanup comes in. The organisation aims to clean up 90% of the ocean debris by collecting the waste and intercepting the plastic waste in the rivers before it reaches the ocean by using specially designed systems. These systems, namely System 001 and 002, are vessels that use large tubes of plastic that are durable and sit on the surface of the ocean in a U-shape, allowing the marine debris to be caught as it swims by. Furthermore, the system also includes a string nylon screen that is attached underneath-this feature allows plastic present below the surface to be caught without harming or accidentally catching any marine organism. In addition, the system uses computational modelling to help identify concentrated areas of waste. This is because the currents around the patch move much of the waste around.

The collected waste is then brought to shore, where it is then recycled. The project plans on turning the waste into durable and valuable products. The proceeds from the sale of the products will fund the cleanup. This cycle goes on until the oceans are clean. The first product of this plan is a pair of sunglasses made to be easily recycled.

With their first batch of waste having been collected in 2019, come October 9th

In 2021, the organisation revealed that the ultimate test for its system, System 002, was a success paving way for the Great Pacific Garbage Patch to be cleaned.