The population of Asiatic Lions has increased to 674 in Gujarat’s Gir Forest. 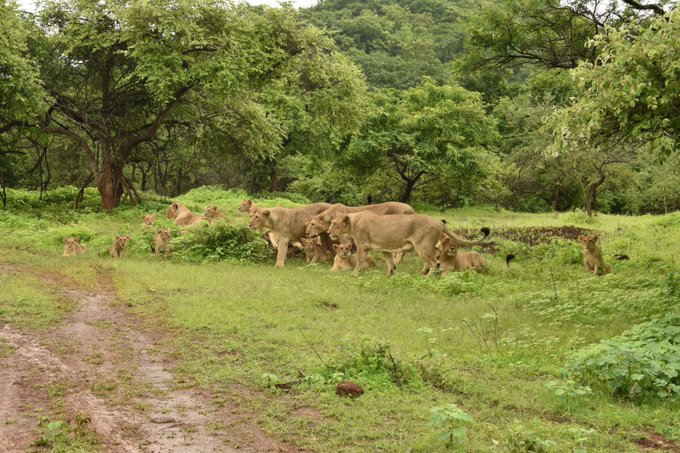 In the dark time of COVID-19, finally, one good news arrived as the population of Asiatic lions in Gujarat Gir Forest has increased to 674. The population has increased with a rate of 28.87 per cent which is one of the highest growth rates so far. The department has carried out the population estimation exercise on June 5 and 6.

Prime Minister Narendra Modi on his twitter handle shared this news and applauded the efforts taken by the Gujarat Forest Department to conserve this animal.

The population estimation of Asiatic Lions is conducted at an interval of five years and the last estimation was done in 2015 and at that time the lion numbers were at 523, a 27 per cent increase from the estimation of 2010.

The report further suggests that the distribution of the lions has increased from an area of 22000 sq. km in 2015 to 30000 sq. km in 2020 thus increasing the distribution area by 36 per cent. It further stated that
there has been a consistent increase in the population and distribution area of Asiatic Lions mainly owing to the effective conservation and management by the Gujarat Forest Department. Multiple strategies and interventions have been implemented in the Asiatic Lion Landscape that has majorly contributed to the current conservation success of the Asiatic lions including of people’s participation, use of modern technology, wildlife health care including as import of CDV vaccine, habitat management, increase in prey base, human-lion conflict mitigation, etc.

The Earthview appreciates the commendable efforts taken by Gujarat forest department to conserve the population of Asiatic Lions in Gir Forest.

Now Recyclable Toothpaste Tubes For Us

Fishing Cats In Panna Tiger Reserve Is A Good Sign