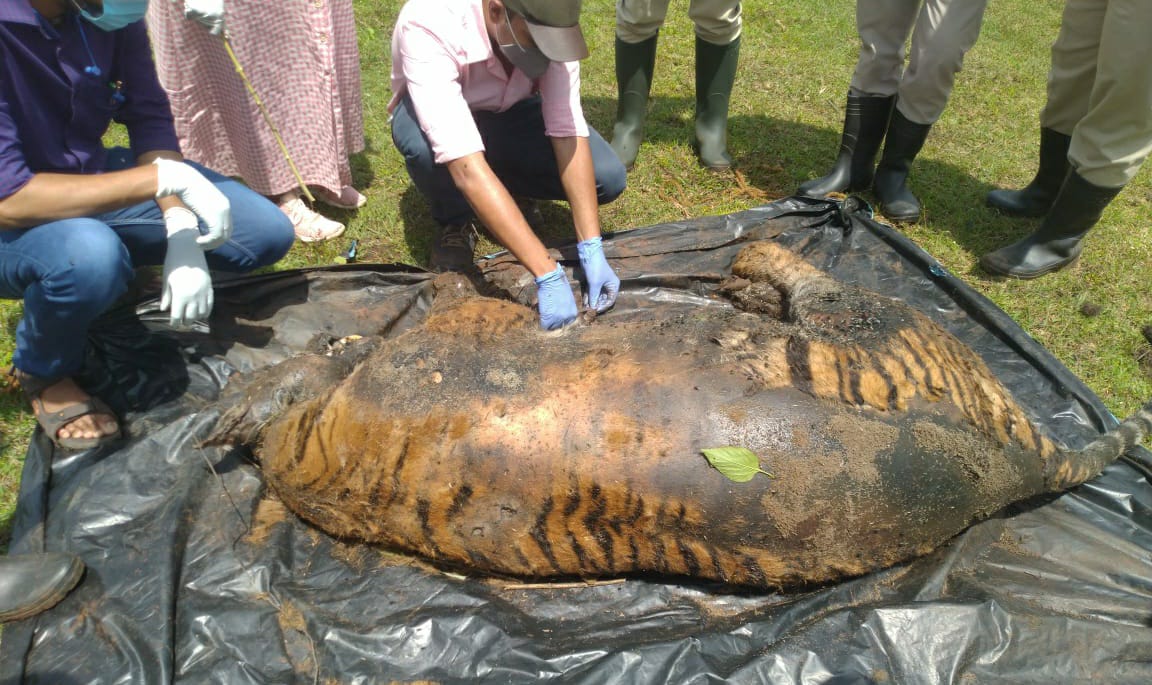 While the country is celebrating the approval of 14 tiger reserves under the Conservation Assured Tiger Standards (CA|TS) scheme, this is a concerning trend.

In India, at least a dozen royal big cats have died each month, from 84 deaths in the first seven months of this year. There are 14 female cats and 12 cubs in all.

On Tuesday, September 14, 2021, the carcass of a five-year-old tiger was discovered in Gundre range, Bandipur Tiger Reserve, when forest watchers were on duty.

The tiger was caught in a brush near Hosahalli hamlet, along the forest D-line. They have identified the perpetrator, according to field director S R Natesh. He is optimistic that the wildlife thief will be apprehended soon.

After hearing from on-the-ground sources that forest employees had buried a decapitated leopard in the Moleyur area, we wrote about Bandipur Tiger Reserve being in disarray.

In the Gundre range, one recently perished. Its putrefied body was discovered more than a week after it died.

If the current death rate continues, this year’s numbers are expected to be greater than the previous year’s, when roughly 105 striped felines died.

However, the NGO Wildlife Protection Society of India (WPSI) reports that 105 endangered species have died since January. According to the WPSI, 27 of these have been poached.

The following is the level of rigour that goes into keeping track of tiger deaths in India: