Volunteers Of Nature: Friends Of The River Tawi 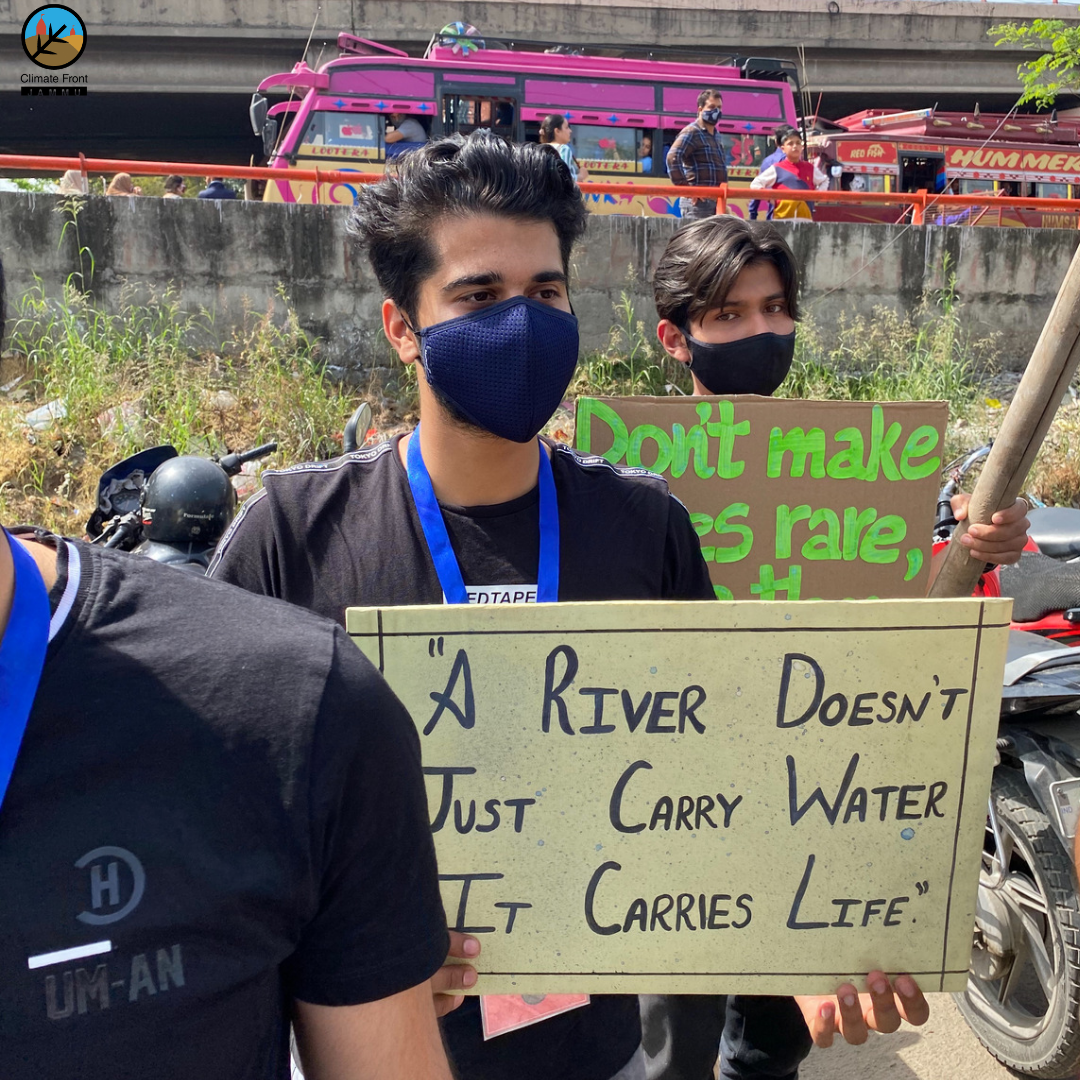 Climate Front Jammu under the aegis of Climate Front India is an organisation that works for the welfare and betterment of the climate by creating awareness through discussion, events and campaigns. There are around 80 members in the organisation and around 200-300 volunteers who are connected with the Fort movement. The chief aim of this organisation is to create a community of environmentally woke people and work towards bringing Climate Action to the political forefront in India. Speaking about their projects, Ritambra Khajuria said, “We are volunteers of nature and we need to work to save our mother Earth and we all can work together to save our natural resources. Last year, we had a project called F.O.R.T (Friends of the River Tawi). We have successfully completed a year of the movement in September. Under the F.O.R.T. we handle weekly clean-ups at the banks of the River Tawi and recently we have planted trees at the location of the cleanup.” Jammu had also organised a climate strike with a demand for Stem action against environmental defaulters by the authorities, which was attended by several.

“Also, we have organised a no waste August camp called ‘Nirmal Kranti’ under the banner of Climate Front India to carry out cleanliness drives all over India,” said Khajuria. Every Sunday, the cleanup takes place in Jammu, Udhampur and Kashmir colleges. Over 2000 kilograms of waste from water bodies and land were segregated during the campaign, and organisations from Chandigarh, Delhi, Uttarakhand, Hyderabad and Maharashtra came forward to save mother Earth.

Raika is a forest in Jammu that was being cut off to build monumental buildings of the High Court complex. Climate Front Jammu organised the ‘Save Raika’ awareness march from Environment Park, Sidhra to Raika village. The event was based on the concept of the Chipkoo movement. The volunteers participated in a campaign to bring to notice the chopping down of 38,006 trees in order to build a new complex as an ecological assault. Volunteers tied love knots to trees, hugged trees, chanted slogans and spoke about the significance of preserving biodiversity and also laid emphasis on the fact that the Raika forest can be equated to human lungs for the residents of Jammu because of its proximity to the city and the rich flora and fauna it possesses. The event ended with the participants raising slogans, “People United Can Never be Defeated.”

Another segregation drive on Ramanavami with the Jammu Kashmir pollution control dept was also carried out with a motive to segregate heaps of plastic, cloth and other solid waste from the rivers. “We do many such events with public and government officials to create awareness now and then,” says Ritambra Khajuria.

“A message that is spread through art has an enormous impact. To create an everlasting impact on people’s minds about climate change, the volunteers of Climate Front Jammu did street art in the Bahu Plaza complex. This activity attracted many people, especially youngsters, and will work for the cause,” she added.

Uttkarsha is a recent IIS University of Jaipur postgraduate in Journalism and Mass Communication (MJMC). She has obtained great expertise in a variety of areas of journalism, including researching, writing, and editing stories about travel, sports, music, and exotic cuisines, to name a few. In both writing and photography, she has a remarkable eye for detail.