Weaving Plastics: Assamese Women Champion The Cause To Save Kaziranga 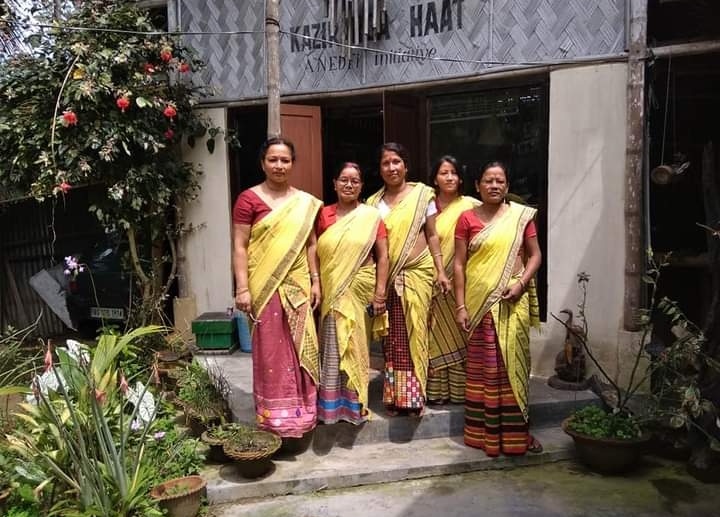 “Sustainability begins at home.” is a phrase closely associated with the founder of Village Weaves, Rupjyoti Saikia Gogoi. She started this venture in 2004 when she saw a lot of tourists littering the Kaziranga National Park. She thought of weaving the plastic into handbags, table mats, doormats, and other items to tackle this problem. And this is how Village Weaves came into existence.

When asked about the unique method of weaving, she explained, “We collect the litter from the park as well as we take plastic from each house in our area every week. The plastic is cleaned, dried and cut into small strings, a kind of yarn. We use fifty per cent of cotton and plastic, respectively. There is a special method to weave them together. We weave every type of plastic, but plastic bottles are very difficult to weave because it’s very hard. “

But that’s not the end of the story. She also mentioned, “I have seen a lot of women here who are semi-literate but are expert weavers. We have all been looking for additional income, thus Village Weaves is a self-help group set up to sustain the environment and its inhabitants. Most women who come here are very poor, so this was a way to help them improve their living standards. ” Rupjyoti opened another venture known as Kaziranga Haat in 2012 where they sold the articles they made. So far, she has trained 2000 women to improve their skills in patterns, colour combinations, etc. The struggle she faced when she started Village Weaves was that the government gave more importance to the National Park and not to its villages, so funding was an immense problem.

Rupjyoti Gogoi also started Dekagiri Art and Music Academy (Music and dance School) for women and children to learn music with an interest in cultural art. To enhance the cooking skills of the surrounding women, Rup’s Kitchen is a restaurant for women to come and make food to earn as well.

The echoes of outstanding work by Village Weaves have not only received appreciation nationally, but people from Israel and other parts of the world have also shown curiosity in their type of weaving. Kaziranga Haat attracts customers from all around the world, including Oxford University.

Village Weaves is not only a start-up for sustainability but a helping hand for women to become independent and contribute to their houses. At the end of the interview, Rupjyoti said, “After Village Weaves, the women around here are so much happier. This is not just business for us, it is to build a future where women work and thrive and we see a world free from plastic.”

Village Weaves is truly an inspiration for what we can achieve when an individual makes a difference in the ways of the world.