World Clean Up Day: There Is No Plan B 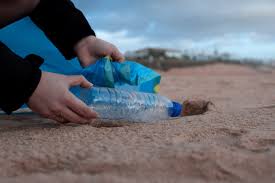 The effects of climate change can already be seen across the globe, across the plains of the physical environment, ecosystems or human societies, be it as extreme weather, unnatural disasters, and extinction of species, shortage of water supply, melting of ice caps or increasing sea levels and pollution, most of which seem irreversible.

Man-made negative influence on the climate system has been obvious and growing. The planet has warmed up to 1.1 degrees Celsius (2.0 degrees Fahrenheit) since the period of pre-industrialisation. The relationship here is simple; the more greenhouse gases (GHS) emitted, the warmer it gets.

There is no plan B due to the large-scale damage that has been done. 2.01 billion tonnes of solid waste are generated annually around the world, of which a person generates at least 0.74 kilograms per day. Most of which is plastic that takes at least 400 years to degrade. Plastic has caused harm to birds, marine animals and terrestrial mammals. There is a plastic island near the central North Pacific Ocean called the Great Pacific Garbage Patch, or the Pacific trash vortex with an area of 1.6 million square kilometres. It is a gyre of plastic and marine debris. It has been estimated that by 2100 around 50% of all the world’s species could go extinct due to climate change. This is due to humans’ direct influence in degrading the environment. But there are major efforts that are taking place around the world to create a better, greener future.

On this world clean up day 2021 on 18th September we come together and join hands to mould our sustainable futures. These environmental organisations are working towards making India cleaner and greener;

The following are a few organisations that are working towards this aim:

Chintan is an organisation that is working to ensure more responsible consumption of resources that are prevented from becoming a burden to the planet or the poor people. Their mission comprises reducing waste and unsustainable consumption; they focus more on the poorer population of the country.

Greenpeace India is an NGO that runs 4 distinct campaigns like ‘stop climate change, preserving the oceans, sustainable agriculture and prevention of another nuclear catastrophe’. They use a peaceful and creative approach for their campaign.

Clean Air Asia, India is a branch organisation whose goal is to reduce air pollution in various cities in India which helps in creating healthier and liveable cities.

The Wildlife Protection Society of India is an organisation established back in 1994 and with the help of the local government, authorities have been striving to help curb poaching and the ever-increasing illegal trade of wildlife, especially the tigers as they are among the most trafficked wild animals in India.

Navdanya is another NGO established in 1984 that aims to promote and conserve biodiversity, organic farming, seed saving and Farmer’s Rights. Similar to such famous NGOs are Environics Trust, Toxics Link and Avani are striving to protect the environment.

These are a few of the many organisations that are voluntarily helping us have a sustainable and cleaner future. These forward-thinking organisations are establishing a foundation for us to stand on and carry out their work in sustainably protecting this planet. Since we haven’t colonised another planet due to the lack of technology, we have nowhere else to go once Mother Earth reaches an absolute point of devastation. We, as one of the ‘dominant species of the planet, should help in cleaning Earth up and slowing our path to the absolute point.

Tell us in the comments what your Plan B is for World Clean-Up Day.