World Habitat Day-“Shelter Is My Right” 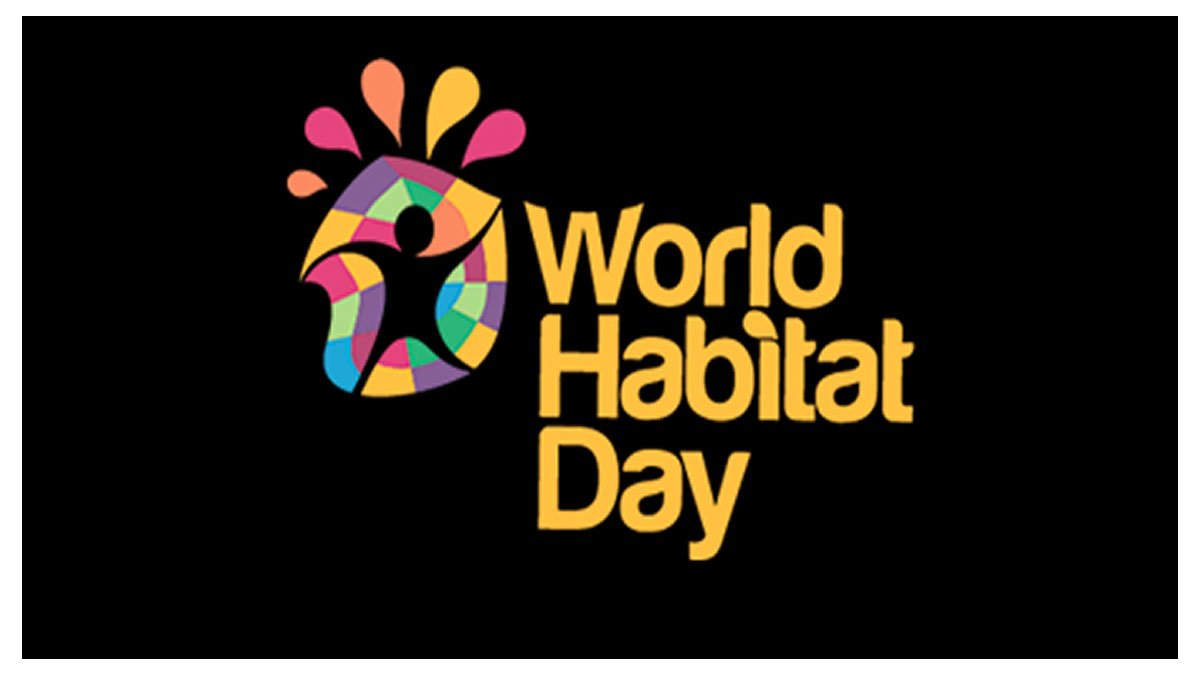 The United Nations acknowledged World Habitat Day to consider the condition of towns and urban areas and the essential right of all to an appropriate shelter. We observe this day on the first Monday of October every year. Nairobi, Kenya was the host city when the first celebration of World Habitat Day was done in 1986 with the theme “Shelter is My Right”. The first Monday of October was chosen by the United Nations General Assembly and was been marked as an annual event.

The 2021 theme for World Habitat Day is “Accelerating urban action for a carbon-free world”. This day is celebrated all over the map, including places such as the United States, Mexico, Angola, Poland, India, Uganda and China. People organise various activities on this day to investigate rapid urbanisation and its impact on the environment and poverty. Other themes include “Shelter and Community” (1988, London); “Shelter and the Living Environment” (1991, Japan); “Home and the Family”(1994, Senegal); “Our Neighbourhood”(1995, Brazil); “Women in Urban Governance” (2000, Jamaica); “Cities, magnets of hope” (2006, Mexico); “Planning our urban future” (2009, United States of America); “Municipal Solid Waste Management” (2018, Kenya); Housing for All: A better Urban Future” (2020, Indonesia).

In 1989 the United Nations Human Settlements Programme (UN-Habitat) launched the UN-Habitat Scroll of Honour Award, becoming the most reputable award in the world for human settlements. The point is to recognise enterprises that have made extraordinary commitments in different fields, such as shelter for the people on the street, featuring the predicament of the homeless, authority in post-struggle recreation and creating and working on human settlements and the condition of metropolitan life. During the Global Observance of the World Habitat Day, the award with the winner’s name and their achievement engraved on a plaque is presented to the winners. Worldwide, over 4 billion people live in urban areas. For the 70 per cent of global carbon dioxide emissions, cities are responsible due to transport, waste, buildings, and energy amounting to urban greenhouse gas emissions.

The race to zero emissions has already started where a host of countries have declared their commitments to cut their carbon emissions and to reach ‘net zero’ in the future. There will be a balance as the emissions will continue and the atmosphere will absorb an equivalent amount of emissions. Based on the current trends of urbanisation by 2050, an additional 3 billion people will survive in urban areas. As an individual, we all handle carbon emissions in the respective cities where we live. Using renewable sources of energy, such as wind or solar farms will help in reaching the net-zero targets. Nowadays, electric vehicles are on pace to make their space in the market as renewable energy powers them and, they are much cheaper and more efficient. Eat more plant-based foods which are now popular in major international fast-food chains.

The warmest decade on record was 2010-2019, and by the end of the century, we expect the global temperature to rise by approximately 3 to 5 degrees Celsius. The world must decrease fossil fuel production to avoid the worst of warming. The world requires shifting to a green and clean economy.